At its first meeting of the fall season on Sept. 12, the Rossmoor Woman’s Club honored Los Alamitos High students Julia Carpenter and Noah Shafton as Seniors of the Month for September and August respectively.

Violinist Julia was selected for the Southern California School Band and Orchestra Association “All Southern” California Honors Orchestra the past two years. She has been in the LAHS String Orchestra for three years.  As concertmaster for two years, she played featured solo parts when the orchestra performed at Segerstrom Hall and at Walt Disney Concert Hall.  She also performed in Australia with Musique Sur La Mer Youth Symphony, and was the Concertmaster for their tour of England and Wales.

In addition, she represented LAHS at the California Girls State leadership program over the summer, is serving as senior class co-president, is president of the Thirst Project (a club that raises money to aid in the global water crisis) and is on the Alamitos Bay Yacht Club’s junior board.

Noah is on the LAHS football team and has also received Certificates of Excellence in Mathematics and Science. He is a board member of the Thirst Project and participates in Spanish Honors Society, Model United Nations and the California Scholarship Federation. In college, he plans to pursue a double major in Communications and Spanish.

The club awarded each student a $600 scholarship.

The Rossmoor Woman’s Club, a non-profit social and charitable organization,  was founded on March 27, 1958, and ever since then, members — who come from all over Orange and and parts of Los Angeles counties — have been working to improve the quality of life for people in the community. The club provides financial support, volunteer hours and in-kind donations throughout Rossmoor, Los Alamitos, Seal Beach, Long Beach and surrounding areas. For more information, visit www.rossmoorwomansclub.org. 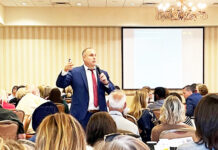 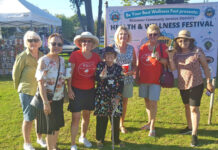 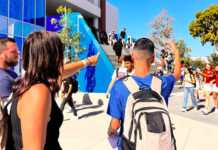