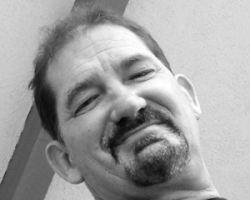 There is a saying that goes something like this: “You don’t want to know how sausages or newspapers are made.”

Due to the nature of putting a newspaper together and I suppose sausages, I think that will always be true to some extent. However, things have changed quite a bit in the newspaper industry since I first began my career … much longer ago than I care to think too closely about. I really don’t know much about sausages, but I have worked as a community newspaper editor or much of the time that these changes have taken place.

It used to be that most news flowed into the newspaper via the telephone, or on some paper that was either delivered in person or over the transom in the night. Back in the days before these changes, some of the best stories might even have been derived from notes scribbled on a paper napkin. Producing the newspaper was a long and somewhat arduous journey from conception of the stories and photographs.  Copy for stories was pasted on boards and photographs had to be put through a process called “half-toning” in order to make them printable in the paper. The preparation of the copy and images—not to mention corrections, date lines and everything else in between had to be hand-pasted onto the boards.

Under such conditions it makes sense that there really was not much time for an office the size of the Sun Newspapers to generate one newspaper per week.

With the advent of technology such as e-mail, computer photo imaging and other advances, many of the ways a newspaper is composed have changed. While the tenents of journalism, it’s ethics and general purpose – to inform the readers in a palatable manner – have not. In other words, the game has changed, but not the reason for it.

As with so many things, as civilization has progressed, technology growth does not necessarily translate into people working less. Such is the case with community newspapers in our modern world. Now, instead of doing just one newspaper per week with such a staff of our size, we do multiple papers here because we supposedly have the technological muscle (which is not without its glitches).

What has also changed is how editors and reporters need to interact with the sources for news. In a word, things are more symbiotic today as the paper relies more than ever on individuals who are computer savy as well as interested in helping provide content for the newspaper. The means of getting the “stuff” that a newspapers is made of has changed most dramatically.  We now live in the age of computers. In fact we even live in a world where telephones become cameras and news takes on an ever-faster element of shock and awe.

Allow me to cut to this a bit short. What I’m trying to do is help our readers who want to participate in the newspaper’s content understand what they can do to help us help them get things published.  Therefore, this will be the first of a short series of Editor’s Notebooks with tips on how to better communicate with the paper so we can do the best work possible for our entire readership.

The first item to address is “E-Mail is king.” Yes, just like cotton used to be. We just don’t have the time to field information by telephone, fax or notes written on napkins. What can I say? The world has changed. I am close to asking my supervisors to allow me to only accept information via e-mail. However, I realize there are many wonderful people from a further generation I do not want to exclude from participating in some way with the paper. That being said, I would hope people understand that we need information e-mailed in order for us to produce the best results.

For this week, we will shorten the class time and leave our readers with a few tips that may or may not help them provider information for the Sun.

• Entertainment—A listing of live entertainment events, with the possible exception of museums, amusement parks, zoos or aquariums that might be considered parks. (These should be relocated to the Parks calendar.)  Descriptions of plays have been pared down to the minimum necessary. No listing expresses an opinion about the quality or popularity of the venue, type of entertainment offered or the performers.

The Sun Newspapers contains a few areas of calendar listings that run on a steady, but somewhat occasional basis. These are as follows and it is our hope that you can fid a way to send information we might include:

• Health Calendar—A listing of free-of-charge screenings, lectures and support groups for people, including cancer patients and survivors and survivors of childhood sexual abuse. It runs in the Beauty Health and Fitness section following columns by Bryce Turner, Lisa  Northrop and any others we might include.

• Beach, Gardens and Parks Calendar—is a list of parks and beaches, including dog beaches. It runs in the Home & Garden section.

• Community Calendar—If it doesn’t fit one of the above categories, it goes in here. Community Calendar includes specific events, on-going events and non-profit operations such as the Friends of the Library bookstore as well as monthly book sales by same. (Some museums are also included here. Again, these should be moved to the Parks calendar.) Also includes classes offered by local communities or by local businesses.

• We do not guarantee listings will be published. Space issues could force reductions or complete deletions.

Listings should include: name, address, phone number of venue, Web site if any, followed by the time, day of week and date of event, followed by a brief description. (Some “theaters” are actually complexes with multiple theaters. These may require subheadings and independent event listings. Examples: Long Beach Playhouse, South Coast Rep.)

• Listings should be for specific events. (Some entertainment venues are listed because they have live music every week. However, many of them do a poor job of providing specific dates.)

• Listings should not be for more than four weeks in advance. (Cerritos Center events are usually sold out by the last two weeks prior, so we might want to stretch this out to six weeks head for Cerritos Center.)

• Listings in the calendars should conform to Associated Press Style, with the exception of the date. (AP Style: May 5. Calendar Style: 5/5.) Days of week are Monday, Tuesday, etc., not Mon, Tue. Time of day is: 11 a.m., noon; not 11AM, 11 AM., NOON, 12 noon or MIDNIGHT. Time and date of each event is set off in bold, as are the titles of plays in the theater listings.

Dennis Kaiser is the editor of the Sun Newspapers.