The famous Seal Beach Water Tower was built in the late 19th Century to service steam engines that chugged up and down the coast. In the 1940s, a 75,000 gallon tank, which held more than 300 tons of water, was built at the same site to provide liquid nourishment for locals.

“Since it had gravity flow, it was a very weak supply of water for our fire hydrants” said Mike Van Voorhis, former President of the Sunset Beach Community Association. “In the 1980s, the Douglas Fir and Redwood tank was in danger of being torn down, when a “Save Our Water Tower” campaign attempted to keep it.

“Sunset Beach residents lobbied our Orange County Supervisors to save this famous landmark,” Van Voorhis said. “A couple of friends successfully volunteered to make it a home and they were able to get the necessary permits.”

The wooden tank was removed, and a three-story house, looking like a tank, was built on the ground before being hoisted by crane into place in 1984. In 2016, new owners purchased the residence and had it professionally restored and decorated.

“My partner (Barret Woods) and I are the third group of individuals that owned it,” said Scott Ostlund, about the nearly 90-foot tall tower, reportedly the second tallest residence in the United States.

“Since it has become such an icon, we really feel more like caretakers. We feel like it—a bit—belongs to the community. As such, we like to open it up to all to view. We did this a few years back and will do it again when things clear up from the pandemic,” Ostlund said.

“I think one of the things that makes Sunset Beach so special is the two iconic punctuation marks our little community enjoys – the water tower at one end and Bolsa Chica State Beach at the other,” said Dawn McCormack, local resident. “It’s interesting that the Water Tower is so often associated with Sunset Beach, when it’s actually in Seal Beach. The Sunset Beach Woman’s Club has a lot of its memorabilia, including a piece of the original redwood siding.”

“’Iconic,’ that’s the word I can use when it comes to the water tower or Sunset Beach—it is really a focal point and an amazing landmark,” said Chad Harris, Assistant Pastor at nearby Calvary Chapel of the Harbour. “We rented it for our bands from the Labour of Love Music Festival and they were amazed at the unique, 360-degree views from atop the tower.”

“Everyone in Southern California knows where Sunset Beach is, next to the Water Tower!,” said Bill Anderson, owner of the nearby Anderson Art Gallery. “The ?rst time I drove down PCH from Long Beach in 1963, I can still remember the Water Tower and the railroad tracks next to it. Thank goodness it has been saved. It’s too bad we haven’t saved more landmarks in a creative way. As an artist, The Water Tower is a subject I love to paint. It takes us back into the past. What is the importance of the present if we don’t remember and respect the past?”

“It’s a fabulous, memorable place to celebrate that Extra Special event,” said Eric Bakker, Antiques of the Sea proprietor, who sold the previous tower owners some brass outside lights.

Seal Beach Mayor Joe Kalmick said he recalls when it was used for fundraisers. “It’s now used as a vacation rental,” he said. 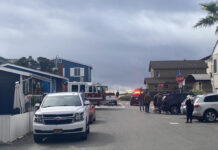 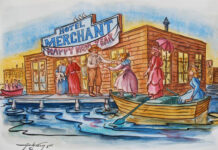 A New Year’s Eve party not to be forgotten 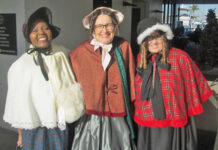