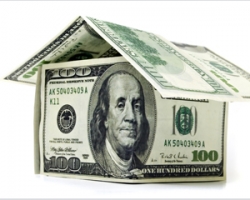 The Seal Beach Planning Commission discussed how home businesses should be regulated Wednesday, July 21 as planners reviewed proposed changes to the Zoning Code.

The Planning Commission can only recommend code changes. The final decision belongs to the Seal Beach City Council.

According to Director of Development Services Mark Persico, planners supported allowing family members working with home based businesses, allowing product distribution businesses to operate with a simple business license and allowing groups to occasionally visit the property of a home-based business.

AUPs would allow the director of Development Services to decide if a proposed business use was compatible with a residential neighborhood.

Originally, the new Zoning Code would have required an additional permit for home based businesses such as Mary Kay Cosmetics distributors.

College Park East resident Doreen Stevens, a Mary Kay distributor, had objected to the proposal. Stevens also object to a rule that allowed only one customer at a time to visit the business.

It was partly in response to Stevens’ objections that the City Council sent the matter back to the Planning Commission for review.

On Wednesday, July 21, Persico told the commission that distribution businesses would only be required to have a business permit.

He said employees could include residents at the home or immediate family.

The number of people allowed at a home for business purposes was discussed at length.

“Are we having problems?” asked District 4 Commissioner Jerry Galbreath. “Because if we’re not, it looks like we’re trying to create a problem.”

“My concern is: how are you going to enforce this?” said Commissioner Esther Cummings. The July 21 meeting was Cummings’ first public appearance as the new commissioner for District 2.

Persico said the city tries to be sensitive to code enforcement issues. He acknowledged that sometimes honest people were penalized for complying with regulations.

He said the city now issues administrative citations to enforce the city code.

Stevens told planners that limiting a home business to one visitor at a time would hurt a business.

She said could not imagine that a mother and daughter would come to her business if one of the them was required to wait in the car.

Deaton said she used to teach make up classes in her house. Deaton asked Stevens how many people she would need.

“How often would be reasonable?” asked District 3 Commissioner Erin Bello.

Stevens said she used to have three classes a week.

Chamber of Commerce Chairman Seth Eaker, changing the subject slightly, said he wasn’t sure what the legal definition of “immediate” family might be.

Ultimately, planners recommended the City Council allow family members to work at a home based business.

Eaker suggested limiting the number of visitors to a home business to six or eight people, twice a month. He said a garage sale had a larger impact on parking than a home business.

Galbreath said limiting visits to one person at a time was “ludicrous.” Later, he asked if there had been any complaints.

“We have had a number of complaints because of home based businesses,” Persico said.

He said about 30 percent of complaints were related to home businesses.

Deaton suggested allowing up to six people to visit a business twice a month. She also suggested a no-cost special event permit for such things as music recitals.

Persico said special event permits were not part of Title 11.

He said what Deaton proposed would require the council to pass a separate ordinance.

Persico suggested instead that administrative use permits—permits that would be authorized by Persico himself, following a public hearing—would be the appropriate framework for what Deaton was advocating. He said allowing 15 to 20 people to visit a home business on a quarterly basis would be covered by an AUP.

Persico also said restricting businesses to twice a month would penalize people that follow the law.

He pointed out that very few people teach classes just twice a month.

She said she never thought she would ever hear herself say that.

Deaton suggested moving on to the subject of administrative use permits.

The discussion was brief. Planners recommended keeping the administrative use permit system as a way to streamline the permitting process.

Deaton said she felt the real issue was signage.

Planners ultimately agreed that the issue should be addressed by a review of the Main Street Specific Plan.

“Why are we going after Old Town?” asked local activist Joyce Parque.

She suggested planners look at trees as well as A-frame signs, because trees pose a trip and fall risk.

In a Monday, July 26 telephone interview, Persico said the guidelines were accepted based on comments from residents of College Park East.

“The Community Guidelines would excerpt provisions from the draft version of the Zoning Code and make them voluntary,” said the July 21 staff report signed by Persico.

“While they would be voluntary, many communities across the state have effectively used guidelines to improve upon design and the urban form,” the Persico report said.

If the council adopts the guidelines, staff would report back to the commission after six months or a year on their effectiveness.