The same old story, over and over again, makes us numb and it makes Jack a dull boy.

It makes us want to move on to the next issue.

It also makes us vulnerable to what the details can mean to us, the community and our families.

This article is a quick view at issues that some of us cannot afford to ignore and I hope will inspire some resilience in our attention span.

The reason is, and I know that financial news is boring, that we are now finally facing the phase in the market where some of these old troubling matters are being sorted out in the courts.

Though the most important cases are yet to come, the settlement by the states against five big banks is an important matter to all of us and here is why.

The issue is that five of the biggest banks took liberties in order to foreclose on homeowners across the United States, illegally.

This, to many, is adding an injury to an insult to an injury.

This affected millions of homeowners across the country and 14 percent of those live in California and as many as a hundred of those could be in the Sun Region.

The banks did this by using documents and methods created by “MERS” to boilerplate or “streamline” the legal processes in municipalities.

Basically, every county across the United States has designed their own method of foreclosure.

MERS took those individualized processes and tried to make them one, or a few, in order for big banks to be able to foreclose in “mass production.”

Some could argue that this is a good thing and we need to be able to work through these foreclosures faster.

In the context of improving the economy for a few moments, this could be true.

However, the cost in the long run could be enormous.

Who is MERS anyway?  Mortgage Electronic Registration System is a privately held company that began in 1995. Its establishment was strategic and crucial to the proliferation of banks being involved in “subprime mortgages.”

MERS represented to banks that it could “standardize” or minimize the process of foreclosure on these riskier loans.

You see, the banks risk on standard loans were minimized by guarantees by Fannie and Freddie and the FHA (now the taxpayer).

On these “sub-prime” and high yield/high risk loans the bank was making the bet on their own (taxpayers in a bailout).

This week the Federal Government tried to influence the hand of California, New York and other states to settle the lawsuits filed against these banks.

Forty other states have agreed to settlements. What is at stake is a myriad of future liabilities that these banks (Government?) will have. These matters include future policy and settlement on loan modifications, loan workouts and government programs and maybe even the overall liability of the financial crisis—regardless of the final terms of the settlement.

The expansion of options to homeowners seems inevitable.

As these turn of events continue, I will try to bring the issues home and explain them in a “Sun Region” kind of way. 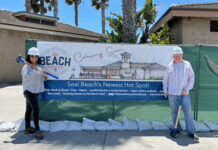 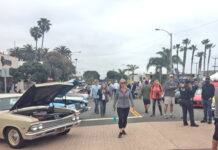