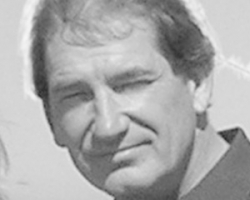 The art and challenge of creating weekly community newspapers has gone through a kaleidoscope of changes since I was first named the editor of the Sun (then called the Journal) in 1988.

We all must be aware of the way the world has been changed since those pre-e-mail and Internet days. The advent of technological advances in the way we communicate with each other has changed the way we face the daily challenges of making plans for the newspaper’s content, meeting deadlines and staying relevant in the life of our readers.

Our goals remain: creating bridges of understanding between neighbors and neighbors, between merchants and their customers and local government officials and the people they are meant to serve.

However, how we accomplish these goals has morphed.  The technological advances have created many opportunities to find tools and shortcuts along the way to creating our final product—a newspaper you can hold in your hand and from which you can learn about various things, including the milestones and achievements of people in the news, what’s new in the neighborhood’s business and political scenes and what to do to become involved in the town’s pageantry its people’s pace of life.

Along the way, due to economies of scale that technology has made available, more is expected of the people who produce the paper’s content. For example, where in 1988 and the early 1990s, I was challenged with creating a portion of one newspaper, the Seal Beach Sun.

Flash forward to the current day and I find myself usually overseeing three and other times as many as four publications in one week.

A key element of making a community newspaper that connects with our readers remains having many lines of communication with the people the paper is meant to be about. In many cases, that is the readers themselves.

As our workload has increased, E-mail and the Internet have become the life-blood of the newspaper’s content.

As time has gone by and our technology continues to move forward at a rapid pace—who would have thought we would be taking photos with telephones—the tools now exist to make it possible for most of our readers to become rapid tipsters of breaking news, guest columnists, volunteer photographers and even budding journalists in their own right.

It seems a somewhat democratic way to spread the words and pictures around the community, but with the many deadlines it has become necessary for us to enroll the readers in helping to create the newspapers we produce.

Therein lies the rub. Just because we seem to have more and more hands involved in the papers’ creation, we also strive for consistency in the quality of what we publish, and adherence to the ethics, rules and mores of the newspaper business.

I believe the more we are able to help our readers understand those guidelines, the better their contributions will be and the closer we will get to the overall goal of making the newspaper the best it can be.

To that end, the Sun staff is committed to do what it can to help people who want to be involved in the paper’s creation—whether they want to submit photos, calendar listings, write a guest column or report on local sports events—we want to give those people the tools to produce the best submissions that will have the best chance of being published.

While we will continue to give as much guidance by providing tips in the newspaper, it has also been suggested that we hold some Saturday workshops on various topics that might be of interest to readers who want to participate in creating the paper.

We agree and we think it seems like a good idea that could be a winning combination for all involved. We would then have an opportunity to help people understand how to best be involved.