Looking for something to do on Friday Nights?

How about seeing Free Movies at 7 p.m. in Peters Landing (Sunset Beach)? These movies are based on the “Left Behind” New York Times best-selling book series and star such actors as Kirk Cameron (Growing Pains) and Academy Award-winners Louis Gossett Jr. and Nicholas Cage.

All of these films will be shown at Calvary Chapel of The Harbour, 16450 Pacific Coast Highway, Suite 100 (Main Sanctuary).

The series is being led by David Manne, an actor and former local pastor, who has promoted movies in California and Mexico.

In 1987, David began “Friday Night Movies” at Calvary Chapel, Costa Mesa, which attracted audiences from 400 to 1500 per night.

Known as the faith-based “Movie Pastor,” Manne has one of the largest and longest running church film ministries in the country.

“I’m honored to have my longtime friend at our church doing this,” said Senior Pastor Joe Pedick.

“Who doesn’t love a night at the movies? As we have been making our way through the book of Revelation in our three Sunday Services, we have been experiencing the great blessing of the Lord, just as the book promises,” said Senior Pastor Pedick, “the only book in the Bible that promises a threefold blessing when we read it, hear it, and apply it. Now this will give us an opportunity to ‘see it’ played out on the big screen. Please come and join us in this wonderful blessing.”

What’s happening at your church? Email your faith stories to editor@sunnews.org and CC to editor2@sunnews.org. Photos should be 1 megabyte in size and be sent in JPEG format. 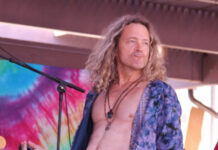 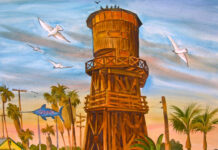 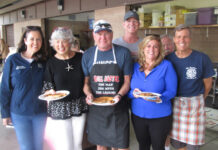