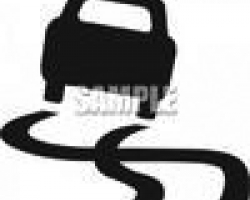 A bicyclist in his mid-20s was injured early Saturday morning, Aug. 14, when a motorist struck him and left the scene, according to a press release issued by the Seal Beach Police Department.

The victim was in surgery at Long Beach Memorial Hospital with severe head trauma when the press release was issued Saturday.

As of Monday morning, Aug. 16, he was expected to survive, according to Capt. Tim Olson, second in command of the Seal Beach Police Department.

The victim was found at the scene of the accident, near Seal Beach Boulevard and Bradbury Road, when an unspecified number of people found him. They were walking home at the time.

Police are asking that anyone with information about the crime call one of the following numbers:

The Seal Beach City Council on Monday, Aug. 9, recognized Sgt. James Johnson and his years of service, presenting him with a plaque commemorating his public service.

Sgt. Johnson—affectionately known as “JJ,” according to Police Chief Jeff Kirkpatrick—retired from the Seal Beach Police Department on July 9 after a law enforcement career spanning more than 29 years.  He spent eight years as a police officer with Baldwin Park Police Department before joining Seal Beach in 1989.

Johnson held almost every position at the SBPD.

He was a member of the SWAT team, a regional narcotics investigator who handled cases from street level to high profile drug trafficking and, in the wake of 9/11, a counter-terrorism liaison officer.

Although retired from his regular position, the city will continue to benefit from Sergeant Johnson’s dedication to duty with his new appointment as a reserve officer.

“We’re just not going to let all that talent escape,” said Police Chief Jeff Kirkpatrick at the council meeting.

Checkpoint nets one drunk driver and 1 pound of pot

The checkpoint was located on Pacific Coast Highway and 1st Street.

In an effort to reduce the number of deaths and injuries caused by alcohol-related car crashes, DUI checkpoints are conducted to identify offenders and get them off the street, as well as educate the public on the dangers of impaired driving.

The SBPD encourages the public to help keep roadways safe by calling 911 if they see a driver that might be impaired.

Funding for this operation is provided by a grant from the California Office of Traffic Safety, through the National Highway Traffic Safety Administration.

The crimes listed in the Sun Newspapers were reported to Seal Beach Police Department, Los Alamitos Police Department and Orange County Sheriff Department between Aug. 2 and  Aug.  13, 2010. Only street names are used; times given are reported times, not incident times. Crime Log entries are based on preliminary information. Space limitations make it impossible to publish every incident. Until proven guilty in a court of law, all suspects are considered innocent.

Fire Back Up—8:46 a.m.—Seal Beach Boulevard—The Orange County Fire Authority was en route to a possible fire at the location. The caller disconnected before providing the dispatcher with any further information. The dispatcher called back, but no one answered.

The OCFA responders attempted to find the origin of the smell that resulted in the original emergency service call. The OCFA ultimately determined that the odor of something burning came from a candle that was left burning. Assisted.

Suspicious Person—1:57 p.m.—Pacific Coast Highway—The caller said a white man was climbing up a ladder nearby. The caller thought the man might be a transient attempting to access a roof. Police unit 1M2 determined he was the “TV guy.” No further police services were necessary.

Knife—7:58 a.m.—12th Street—According to Capt. Tim Olson, second in command of the Seal Beach Police Department, emergency room staff at Los Alamitos Medical Center reported a woman with a 1-inch cut to her lip that was apparently caused by a knife. According to the log, the cut was on her lower lip. She was apparently cut around midnight. Olson said the victim was not cooperating with the investigation. However, the investigation is on-going just the same. Report taken.

Welfare Check—4:44 p.m.—Ocean Avenue—The caller said two dogs had been locked in a vehicle since possibly 10 a.m. The windows of the vehicle were cracked open a little. The caller said the dogs looked distressed. The caller asked to have Long Beach Animal Care Services contacted. Message delivered to LBACS. The person (or people) responsible for leaving the dogs in the car was interviewed in the field and advised not to do it again.

Traffic Stop—7:06 p.m.—Kitts Highway and Westminster Avenue—Police unit 120, while on duty, stopped a vehicle in the vicinity of Kitts and Westminster. The vehicle was searched and the two occupants were arrested.

Nysrene D. Scott, 45, was arrested for felony possession of methamphetamine.

Suspicious Circumstances—12:09 p.m.—Cedar Crest Lane, Mutual 5—The caller said an elderly customer just left to pay someone $2,000 to clean a room. The caller thought this was suspicious and didn’t give the customer the money. The customer, a man, was apparently afraid to return without the money and left the cleaners alone in his residence.

Police unit 11 contacted and counseled both the resident and the carpet cleaner. The job was stopped and social services was notified. Assisted.

Disturbance, Juveniles—6:57 p.m.—Pine Street—Juveniles kept banging into a number of gates with skateboards and one of them even hit a parked car. Kids left the area after officers spoke with them and told them not to return.

Vehicle Damage—9:57 p.m.—Los Alamitos Boulevard and Harrisburg Road—A driver said her vehicle was damaged when someone threw an orange at it 10 minutes earlier. Log entry.

Assault—9:16 p.m.—An individual was arrested as a result of this call.—Kensington Road.

Suspicious Person or Circumstances—9:45 p.m.—An individual was arrested as a result of this call.—Pacific Avenue.