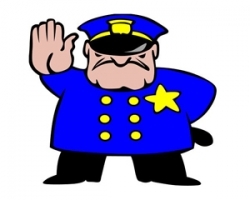 A Seal Beach resident thought a burglary was in progress and called the police Wednesday night, Nov. 16.

For the moment, however, police are calling the incident a case of trespassing.

According to the police log, at 8:41 p.m., the caller reported that two 17-year-old boys tried to break into a Wisteria Street residence.

The caller said he went into his garage and caught the boys there. He said the garage door was open at the time. He said the two 17-year-olds ran off.

Police unit 206 contacted the caller and checked the garage. There was no loss at the time.

At the time, it appeared to be a case of trespassing.

There were no rescues, one boat rescue and two stingray injuires, according to Marine Safety Department (Lifeguard) Chief Joe Bailey’s report to the city manager.

There were five medical aid calls, but only one qualified as a major medical aid.

“We are aiming for the end of this year or beginning of next year to have our boat in dry dock,  receiving much needed repairs,” Bailey wrote.

Citizen Assist—8:50 a.m.—Fathom Avenue—The caller said a work truck was parked in front of her residence, partially blocking her driveway. Police unit 107 found that the vehicle was legally parked.

Transient—3:21 p.m.—5th Street and Marina Drive—The caller said a man described as a transient was screaming and throwing his arms in the air behind a business. Police unit 107 interviewed him in the field.

Suspicious Circumstances—8:28 a.m.—Birchwood Avenue—Someone came to the caller’s residence that morning and told the caller he would be back later to do tree trimming. The caller didn’t pay for the service. The dispatcher checked with the Public Works Department.

Public Works did not have any contractors working in College Park East that day.

Petty Theft—3:33 p.m.—Pacific Coast Highway—The caller reported detaining a juvenile for petty theft. The suspect was 17 years old and described as cooperative. The suspect was released to to the custody of the juvenile’s father. The victim did not desire to prosecute. The stolen property was returned.

Suspicious Person—5:35 a.m.—Crestview Avenue and Bayside Drive—The caller reported seeing a man who was unknown to the area. He was holding a baseball bat. Police unit 241 was unable to locate the man. However, police had had previous contact with a man matching his description. According to the log, the man carried the bat to protect his dog and himself from coyotes.

Disturbance—1:39 p.m.—Main Street—The caller said a woman who the caller described as a transient was trying on clothes to purposely make them smell bad. The woman reportedly refused to leave the store. Police unit 107 removed the woman from the store at the caller’s request. The woman was warned against returning. Assisted.

Police unit 106 asked dispatch to give a message to Public Works about the large amount of gray spray paint on the planter on the greenbelt.

Welfare Check—2:43 p.m.—Pacific Coast Highway and Main Street—The caller said a 5-year-old girl appeared to be alone on a scooter. However, police unit 107 found that a parent was with the child. No further police services were necessary.

Transient—10:13 a.m.—Electric Avenue and Main Street—A man who was apparently described as a transient was outside, begging for money. He was last seen on the corner of Electric Avenue.

Panhandler—3:37 p.m.—Seal Beach Boulevard—The caller said a woman with a 3-month-old baby in a carrier was panhandling. The caller said this was an on-going problem. Police unit 106 was unable to locate her at either the Shops at Rossmoor or the Town Center.

Trespassing Reported—12:19 p.m.—Landing Avenue—The caller said a group of 15 individuals were playing soccer on the baseball field. The caller said they accessed the property by jumping the fence. However, police unit 107 found they had a permit to play there. No further police services were necessary.

Possible Possession of Gun—2:37 p.m.—Farquhar Avenue—The caller reported second hand information from his son and a friend that some teens were seen at the park smoking and cursing. One of the teens pulled out a gun. He was not pointing it at anyone, just holding it. The caller said his son thought it may have been a toy gun, but was not positive. Patrol contacted the juveniles. They were high school kids using a toy gun to shoot a movie.

The caller thought they might be casing. The suspect vehicle was described as a black Chevy Silverado truck. Driver was reported to be a male in his 30s, wearing a grey hooded sweatshirt over his head. Patrol was unable to locate the vehicle

Suspicious Occupied Vehicle—5:50 a.m.—Bloomfield Avenue and Katella Avenue—The caller reported that three individuals disturbed her while she was at the bus stop and verbally harassing her. Her harassers were two young males and a female in a vehicle. The caller reported they had left and returned. The female suspect got out and gestured that she wanted to fight. The caller told the suspects that the police were on the way and the suspects left.

Grand Theft—9:47 a.m.—Cerritos Avenue—The caller reported that copper was stolen from air conditioner compressors in five units discovered so far and did not know when the theft occurred. The loss was valued at $15,000.

Drunk—2 a.m.—Katella Avenue—The caller said that a man who was  apparently extremely drunk almost fell. The man, who was described as being in his 50s with grey hair, arrived in a vehicle and was sitting outside by himself on the curb. Patrol contacted the man and found him to be a diabetic who was suffering from low blood sugar. He was assisted.

Suspicious Circumstances—3:26 a.m.—Reagan Street—The caller reported hearing footsteps and seeing a light, possibly from a flashlight in her back yard about five minutes earlier. The caller said she had not heard anything since turning on the light in the back yard.

The caller said she was stepping outside to check and was informed that police would be coming through the side with flashlights. The side yard and back yard checked out OK.