It is the end of mile 47 of his 50-mile fund-raising walk and Dr. Grant Uba is maintaining the same pace he has been walking for nearly 12 hours.

With a broad smile and friendly demeanor, he greets the last of the walkers who join the last few miles to keep him company.   Behind the light-hearted banter, his eyes belie the determination that helped him maintain the blistering pace all the way from San Onofre to Long Beach.

For the last 18 years, Uba has been involved with the Long Beach Boys & Girls Club, witnessing first-hand the programs it provides local children.

A few months ago, he was talking with a patient about how he enjoys the challenge of a long walk.

That patient made him promise that the next time he planned a walk, he would do it for charity.  The idea for the walk for the Boys and Girls Club was born.

“I tell my patients every day how important it is to exercise,” Uba told supporters at the end of his walk.  “This was a great way for me to show that point and raise money for a great organization.”

In the last three months, Uba worked with his wife Debbie and a team of supporters to put together the walk.  He started at 4 a.m. in San Onofre with his son and a small group.

Later, his children swapped places with his daughter taking the middle section and his son rejoined the final stretch.

Debbie Uba kept track of the group’s progress and shuttled members back to their cars when they were exhausted from the pace.  In total, she drove about 100 miles bringing walkers to and from the walking route.  In Dana Point, just a few miles into the walk, Dr. Uba was joined by Long Beach resident Vickie Oates, who accompanied him on more miles than any other supporter.

In Newport Beach, they picked up another Long Beach resident, Donna Lazarus, who walked 20 miles.  All other supporters walked with him anywhere between three to 15 miles.

At the end of the 50 miles, Uba was greeted at Gladstone’s at Pine Avenue by supporters including Boys and Girls Club Executive Director Don Rodriguez.

So far, he’s raised more than $10,000 for the Boys and Girls Club.  They are still accepting donations in honor of the walk.

Uba is already planning for the next fund-raising walk.

This time, he will enlist walkers for a group walk at a local Long Beach park. 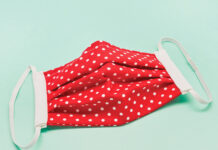 Parents discuss mask mandate at LAUSD Board of Education meeting 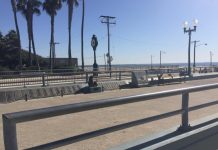