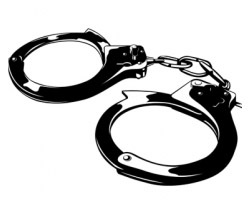 On Wednesday, May 5, a white woman with a Census Bureau badge tried to contact a woman who lives on Heron Circle.

The Seal Beach woman thought the woman with the Census badge was a transient.

The Seal Beach woman refused to speak with the other woman.

The woman with the badge apparently tried to contact the Seal Beach woman three times.

The Seal Beach woman turned her away. However, the woman with the badge refused to leave.

At 7:38 p.m., the Seal Beach resident called 911 on her cell phone to report the person she regarded as suspicious.

Seal Beach Police unit 123 responded to the call and went to Heron Circle. There, the officer found the woman matching the caller’s description.

It turned out the woman with the badge really was a Census Bureau worker.

As far as the Seal Beach Police Department was concerned, the matter was closed. According to the Crime Log, at 7:48 p.m., the case disposition was “C4,” which means no further police services were necessary.

The log did not say if the Heron Circle resident spoke with the Census taker.

However, federal law requires you to talk to Census bureau enumerators when they come to your door.

“An official Census taker will have an official ID badge with their name, expiration date and the U.S. Department of Commerce logo on it,” according to a U.S. Census Bureau press release.

“They will have a ‘Your Answers Are Confidential Information Sheet’ (Form D-1 (F); may be carrying a black canvas bag with the U.S. Department of Commerce logo; and they will provide their supervisor’s contact information or the number to the Local Census Office for verification, if asked,” according to the Census Bureau.

Census takers are not allowed to ask for your Social Security Number.

Hazard—7:56 a.m.—Seal Way—While on service, unit 113 observed a low-hanging wire marked off with caution tape in the alley.

The wire was low enough to be hit by vehicles. Edison responded to the down wire. However, the wire did not belong to the electric company. The wire was actually a cable wire.

Edison personnel suggested that an officer should contact the apartment manager to try to get the cable company to fix the problem.

Trespassing—12:27 a.m.—Driftwood Avenue—The caller heard someone inside a residence that was under construction, playing a radio. Unit 123 was unable to locate anyone suspicious. According to the log, the radio may have been a clock radio that went off inside the building.

Disturbance, Juveniles—2:28 p.m.—College Park Drive—The caller, relaying second-hand information, said several juveniles with a trash can were taking sand out of the park. The caller did not know if they had a vehicle with them.

Disturbance, Noise—3:48 a.m.—Seal Way and Dolphin Avenue—The caller complained about a loud horn going off every 10 seconds for about an hour. Police unit 123 advised dispatch that the noise came from a fog horn, due to the fog.

Possible Animal Cruelty—8:30 a.m.—10th Street—A cat was reportedly found dead on the front lawn of a 10th Street building. There was a white bag over the dead cat.

According to the log, it appeared that the cat was the victim of a coyote attack. Referred to Long Beach Animal Care Services.

Vehicle Burglary—5:49 p.m.—Seal Beach Boulevard—Point of entry: a pried passenger door. The crime apparently occurred within a half hour of the call to police. Loss: a stereo.

Traffic Collision—12:42 a.m.—Westminster Avenue and Seal Beach Boulevard—A car struck a fence line. No one was injured. The driver arrested for driving under the influence.

Counseling—12:05 p.m.—Del Monte Drive, Mutual unknown—The caller was contacted by someone who said the caller’s grandson was in Canada and needed money.  Counseled.

Traffic Hazard—8:18 a.m.—Katella Avenue and 605 Freeway—A truck with its hood up was blocking traffic. The truck was moved.

Suspicious Person—3:41 p.m.—Farquhar Avenue and Lexington Drive—Police received a report of a man in the alley carrying a toolbox and backpack. He was found in a dumpster and said he would leave the area.

Suspicious Person—4:53 p.m.—Oak Street—A man was reportedly walking in circles in the parking lot and waving his hands in the air. He appeared lost and disoriented. When the police found him, he was uncooperative with officers. However, he had committed no crime. He said he would leave the area.

Suspicious Person—7:55 p.m.—Walnut Street—A man appeared to be hiding, but told the caller he didn’t feel well. He was gone by the time police arrived. However, he apparently told a neighbor that he had an injured ankle and had a hard time walking.

Citizen Assist—3:35 p.m.—Cerritos Avenue—An individual ran away from his mother but was found in a nearby park. Officers helped reunite the pair.

Loud Music—8:45 a.m.—Farquhar Avenue—The caller heard what sounded like a band rehearsing a few doors down. Officers asked the group to turn the music down.