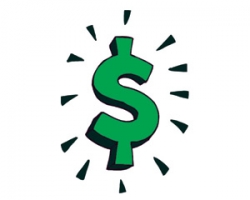 That’s how city of Seal Beach Finance Director/Treasurer Victoria Beatley described the city’s budget during an interview in March.

“The budget challenges are not getting better,” Beatley said in March. Among the challenges she identified are rising pension and salary costs as well as revenues not keeping up with cost increases.

One example of a cost increase Beatley cited was a requirement to pay a state-mandated “prevailing wage” to city contractors, which she said could hike costs by 30-percent. The city’s landscaping contract was impacted by this requirement, according to Beatley.

“We are definitely facing a budget crisis with [California Public Employees’ Retirement System] charging so much more; the [Orange County] Fire Authority charging so much more; insurance rates escalating and sales tax being down,” District One Councilwoman Ellery Deaton wrote in an email to The Sun last week. She also mentioned how the looming closure of the Toys “R” Us store in the Shops at Rossmoor, a big sales tax producer in the city, could make the situation worse.

As Deaton mentioned, a top contributor to Seal Beach’s tight budget is the increasing cost for fire services. The city contracts with the Orange County Fire Authority and the agency projects it will cost $5.1 million for fire services this year. The contract cost is expected to grow at a rate of 4.5 percent annually for the next four years.

The Seal Beach Citizen-Council Fire Services Advisory Committee is currently tackling this issue and will recommend whether the city should stay with OCFA, contract with another agency (Long Beach or Huntington Beach), or create its own department.

The committee will meet again on Monday, May 21, 2018 to consider options and its recommendation will be presented to City Council at a later date. The City Council must make a decision on the OCFA contract by the end of June.

With a 22-percent increase in Part 1 Crime (not counting simple assaults) from 2016 to 2017 in Seal Beach, there is also a push to hire more police officers. Last year, the City Council authorized borrowing money from the city’s designated pool fund to pay the first-year salaries for two additional officers but more money is being sought to hire even more cops.

“Public safety is the first requirement for a decent quality of life,” Councilwoman Deaton said. “And police protection and fire and paramedic services are not free and don’t come cheap.”

Beatley said she is working with the Police Chief, Marine Safety/Lifeguard Chief and the head of OCFA on this. “We need to know … what the level of service demands are from the residents of the city and what the real cost of that level of service is and then figure out how to pay for that expected level of service.”

Beatley said she wants to address the city’s financial situation using many different options. “I keep going back to the multi-faceted approach. It’s got to be more than just reliance on one source of revenue.”

One option being floated to pay for more public safety officers is a tax-raising ballot measure. It was even brought up by the OCFA during its presentation to the Fire Services Advisory Committee. Beatley said her office is also focusing on updating city fees so they better match the cost to provide services and to contracting with an oil consultant to retrieve more revenue from the local oil industry.

She also hopes residents will offer input at next week’s workshops.

“If there are any creative revenue generating ideas out there, I would love to hear them. I would also love to hear where the community thinks we may be able to save money,” Beatley wrote in an email this week. “Any realistic and thoughtful ideas would be appreciated.”