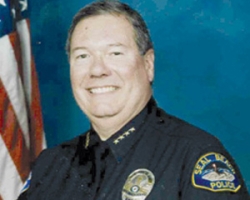 The Seal Beach City Council is weighing the future of the city jail. The jail is running a deficit. Police Chief Jeff Kirkpatrick has recommended keeping the jail.

The jail and other Seal Beach Police Department costs were the focus of the council’s attention at the Tuesday, April 5 and Thursday, April 7 budget workshops. (For details on the city budget, see the story “Seal Beach budget balanced, but tight” on the business page of this Web site.)

According to Bird’s presentation to the City Council, the jail’s expenses have exceeded revenues every year since 2008.

The goal, since the city began operating the jail a few years ago, has been for the jail to be “cost neutral”—which is a fancy way of saying the city wants to break even on the facility.

Toward that end, the city has tried to rent out bed space in the jail. This, however, has not produced the “break even” results officials have hoped for.

Councilman Michael Levitt asked Police Chief Jeff Kirkpatrick if it was true that federal regulations set a minimum square footage for each prisoner.

Kirkpatrick said the law had changed and the jail was now limited to leasing 18 beds. The jail is actually built to provide 30 beds.

He said that in 2008, he believed the city could get an Immigration and Customs Enforcement contract to house prisoners. However, the ICE contract never became a reality. Kirkpatrick was able to get a U.S. Marshal’s contract instead.

Councilwoman Ellery Deaton asked if costs would be covered if all the beds in the jail were full.

However, he also said courts were reluctant to lock people up during the holiday season. During that time of year, the “pay to stay” business was down.

He said inmates who can afford the cost pay $100 a day to stay in the city jail. For a higher fee, subject to court approval, inmates can be fitted with a GPS device and be allowed to participate in a work release program.

As previously reported in the Sun, for many years the city jail was operated by a private vendor. Then the city allowed its contract with the vendor to expire. Problems with the vendor included an escape and allegations of theft from pay to stay inmates by jail employees.

There was also a notorious murder case involving a private sector guard who met an inmate at the Seal Beach jail. After the guard left the employ of the private corrections company and after the inmate had left the custody of the Seal Beach Jail, the two became embroiled in a murder conspiracy. Even though that conspiracy had nothing to do with Seal Beach or the jail, the slight connection with Seal Beach damaged the city’s reputation with local courts.

On April 5, Kirkpatrick told the council that as a result, judges had been reluctant to send prisoners to stay in Seal Beach. Among the steps taken to improve the situation, Kirkpatrick replaced a civilian jail director with a corporal. He said the courts like having a sworn law enforcement officer in charge of the jail.

Kirkpatrick said 100 percent of the pay-to-stay fees came from the inmates.

He said he was reluctant to raise the rates because the department didn’t want the customers to go away.

Kirkpatrick said there was a shortage of pay-to-stay facilities for female inmates. However, the cost of making the jail an appropriate place for women prisoners was prohibitive.

Levitt asked if anyone had looked into the cost of upgrading the cells so the city could charge more.

On April 7, Councilwoman Deaton asked if the chief recommended keeping the city jail.

Kirkpatrick said it was his professional recommendation to maintain the jail. The purpose of the jail was to keep cops on the street.

“The deficit is roughly the cost of one cop,” Kirkpatrick said.

As previously reported in the Sun, during the period when the city jail was closed, a police officer could spend as many as five hours at the Orange County Jail while a prisoner was being process.

Deaton said she had heard the county transported prisoners to the jail.

Kirkpatrick said that was not the case in this part of Orange County.

Deaton said if the council decides to keep the jail, the Proposed Budget estimate of “zero” dollars for overtime did not seem realistic. She said she would like the chief to take part of the overtime for patrol officers and move it to the jail budget.

Deaton told the Sun she is looking at every department that is running a deficit.

“There’s no need to be operating a hotel down there if it’s losing money,” Deaton said.

Deaton said she wants to know why a civilian cannot perform the booking process.

Levitt told the Sun he was upset that no one notified the city about rule changes that limit the number of jail beds the city can use. Levitt said it was premature to say what the city might do about the jail.

“I think having a jail is a good idea,” Levitt said.