At its meeting on Tuesday evening, the Los Alamitos Unified School District Board of Education voted for the Green 4 map as its pick for how to draw the boundaries for the school district’s five trustee voting areas.

“Will the map we choose make everybody happy? Absolutely not,” Board member Marlys Davidson said before the vote. But she emphasized how the months-long process to get to the final map was shaped by valuable input from community members at more than two dozen public meetings and six hearings.

“You guys are our heroes,” Davidson said of residents who gave feedback.

The five to zero vote was the last step for the Board as the district changes how its five board members are elected. That process started last August when the school district began to transition from its at-large voting system, where voters select all board members, to a system of trustee voting areas. Starting with the November 2020 election, voters will select one representative from their trustee voting area to serve on the Board.

The change is a response to the California Voting Rights Act. The law favors district voting over at-large voting systems. Dozens of school districts and cities across the state have been sued or threatened with litigation alleging at-large voting systems violate the law. LAUSD decided to switch now to avoid potentially costly legal fees.

Last month, LAUSD Superintendent Dr. Andrew Pulver estimated the cost of the transition to be about $40,000 but cautioned that’s a ballpark figure.

But the process is not over.

Up next, the Orange County Committee on School District Organization will hold a public hearing on the map and vote on it sometime in February or March. If it’s accepted, it will go to the State Board of Education for approval.

A closer look at the Green 4 Map

The Green 4 Map was one of two final maps considered during the vote at the Jan. 21 Board of Education meeting. The other map was Yellow 3. The final two maps emerged after a lengthy process of revisions that produced 11 draft maps created by professional demographers. The draft maps presented different options for how to divide up the district and were altered based on community feedback and public comments from Board members.

Federal and state laws require each trustee voting area to have an equal population of about 9,600 people with a deviation requirement of plus or minus 10%. The areas must also be contiguous and strive to keep “communities of interest,” areas, neighborhoods or groups that have common concerns, intact.

The Green 4 Map keeps the most ethnically diverse area of the district in one trustee area. That region, Trustee Area 1, covers the small portion of Cypress and Old Town Los Alamitos.

“The Green map dilutes that vote,” Board member Karen Russell said during the meeting but also noted that it doesn’t preclude a Leisure World resident from running for school board.

The district’s nine schools are also spread across four of the five trustee areas in the Green 4 map. Only Trustee Area 4, which is made up of part of Old Town Seal Beach and all of College Park East, does not have a school in it.

‘I’ve really struggled with this’

Tuesday night’s vote was met with applause from people at the meeting. While Board members came to a consensus and their vote was unanimous, there was some disagreement. Most Board members liked the fact that both maps split up Leisure World and equitably distributed the district’s six elementary schools, two middle schools and Los Alamitos High School.

“Please don’t split College Park East,” Seal Beach Mayor and College Park East resident Schelly Sustarsic told the Board. “We are also better together,” she said. (“Better Together” is LAUSD’s motto for the 2019-2020 school year.)

Board President Megan Cutuli was also in favor of the Green 4 map. She likes how it divides up Leisure World and spreads out schools and school attendance areas so trustees would have more than one campus to represent. “The Green one is nuanced a little bit better for our school district,” she said.

But other Board members were not as sure.

“I’ve really struggled with this,” Board member Diana Hill said. She said that to her core she didn’t believe splitting up the district was best for students but recognized LAUSD had no choice. Hill said she was weighing the pros and cons of each map. She said in her gut she preferred the Yellow 3 map but said she was OK with the Green 4 Map.

“I think the Yellow map is easier,” Board member David Boyer said but noted, “No map is perfect.” Boyer said he was looking at it from a numbers perspective and liked the Yellow 3 map’s lower deviation of 3.3% compared with the Green 4 map’s 6.7%. Like all districts, the maps will need to be reassessed after the 2020 Census and may be adjusted in 2021.

After the vote Boyer said, “I always like the fact that we can agree to disagree,” and added that the Board always made the decision that’s best for the district. In an interview after the vote he said, “I can live with the Green map.”

But Boyer, who will not seek re-election, has other worries. He fears that splitting into trustee areas will possibly detract from a Board culture that focuses on all students in the district. “You need to have people that really have the district at heart,” Boyer said.

After the vote, Board President Cutuli stressed that the Board’s culture is strong. “We are committed to everybody in the district.” 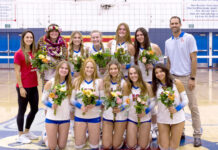 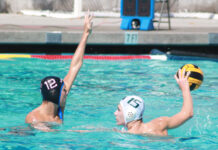 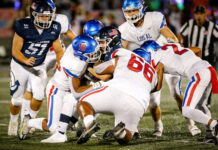