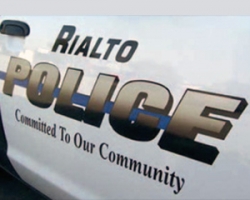 At approximately 4:30 a.m., the silence was shattered as the Rialto Police Department SWAT unit descended upon the Seal Beach neighborhood.

The Rialto police were looking for a man they suspected—wrongly suspected—of murder. The Seal Beach Police Department assisted in the arrest by locating the suspect’s vehicle.

Then the Rialto police took over and arrested their man.

Unfortunately for the Seal Beach resident in question, his name was cleared only after he was taken to the city of Rialto, located more than 60 miles from his home.

He has since been released.

Lt. Cirillo described the arrest as a “textbook operation”—the arrest took place without any injuries to civilians or police personnel. “We have since taken another individual into custody who was the actual shooter,” Cirillo said.

Rialto police released Smith as soon as they realized he had been wrongly implicated in the crime by two juveniles—one of them his nephew.

It started on Tuesday, July27 in Rialto. According to the city’s Web site, Rialto has a population of 99,676 people.

According to the RPD Web site, there were six homicides in the city in 2009.

There was one homicide in Seal Beach last year.

According to mapquest.com, the distance between Seal Beach City Hall and Rialto City Hall is 64.77 miles.

Rialto Police Lt. Cirillo said people were buying and selling gold when the business transaction turned into a robbery.

Someone shot one of the people participating in the gold transaction, killing him and turning the robbery into a murder.

They implicated a Seal Beach resident in the shooting.

“It appears that he was related to one of the suspects in the case,” Cirillo said.

The innocent man is, in fact, the uncle of one of the two juveniles.

Based on the information—lies—provided by the two juveniles, Rialto police obtained search and arrest warrants for Smith, his Seal Beach home and his vehicle.

Cirillo said the SWAT unit served the warrant because they were looking for a man who had been implicated in a violent homicide who might be armed.

Cirillo said Rialto officers realized they were in an affluent neighborhood, but they had to act on information about a “violent homicide.”

“To the residents, we apologize for the inconvenience we caused them,” Cirillo said.

Smith was then taken to Rialto, where he was interviewed by investigators.

Following that interview, Rialto investigators re-interviewed the two juveniles and determined that Smith was not involved in the crime.

Asked why they lied and implicated an innocent man in the murder, the two juveniles explained—if that’s the word—that they did not believe police would be able to locate him.