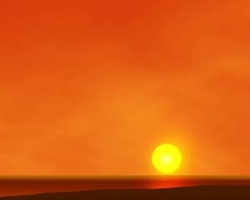 In response to your Thursday, Aug. 12, write up regarding Sunset Beach giving up its right to annexation is far from the cries of its residents who were duped into believing the present SBCA members would fairly represent the interests of all residents to forge ahead with the incorporation process.  Instead our board has unilaterally opted to give up.

Did anyone realize that there was a protest meeting set for August 12 and no one was present when late residents arrived?  There were also two more meetings set with Huntington Beach for further protesting.

No less, be mindful that notice was not given to anyone of these protests sessions other than an inconspicuous posting at the post office, which was removed early in the morning on Aug. 13.

A meeting of this magnitude should have generated a mailing or invitation to attend since many residents still remain in the dark about the entire incorporation and annexation process because our present Community Associaiton board members have refused to design an appropriate forum in which to keep the community advised of its progress, no less steadfast assertions that they do not want to alarm residents.

We are shell-shocked and are not amused that the article written must have been written the evening before the scheduled public protest meeting of Aug. 12, because this is the same date in which The Sun article was published.

Mr. Griffin’s self-asserted claims of trying to commandeer the incorporation process for over a decade is absurd. This is given the fact that he has not held previous positions on our Board. It has been a claim asserted by the County of Orange even though in previous years Sunset Beach has been the training area for officers leaving the county’s jails for watch commands, and our greenbelt is serviced by the County.

The biggest expense incurred by the County was its removal and replacement of common area bathrooms due to the erosion of plumbing lines that were buried underneath the foundation of the preexisting structures that had not been retrofitted or replaced in at least 30 years.

Furthermore, it took the vote of all residents of Sunset Beach to forge ahead with efforts to incorporate.

Would it not be prudent that resident votes would be needed by all to disband efforts since our community has incurred legal fees and expenses related to LAFCO studies in progress to which we were all told that we were one step away from taking the vote of annexation from the City of Huntington Beach prior to its annexation vote.

Yet, all the while residents willing gathered the $100,000 required by LAFCO to complete the process even while we are forced to suffer ridicule by Huntington Beach voting to annex our city without any care or regard for abstaining pending the study outcome?

One step further, now present board members believe they can usurp authority by forming an all male governing body that will be in charge of dealings between our city and Huntington Beach, yet, our own president claims “he is exhausted.”

Now, is anyone considering this a form of discrimination and should we move to have our present board members removed from office?  The present self-asserted man led group has dictated that no women of Sunset Beach are to be included on this Board, including women business owners and those of the Las Damas ladies group that has been the backbone of this community for an overwhelming number of years.

What a slap in the faces of Sunset voters.  Let us not consider that our civil rights are being violated?  Hopefully, this writing will come to the attention of our community.  We must act now if we are to restore our community from these side effects, considered birthing pangs.  Many of our residents have shown interest in the incorporation process and even provided funding to which our board failed to submit to LAFCO, and are in the process of returning these donations, void of explanation.

Lastly, our community is being used to pay for debts that Huntington Beach has incurred to the tune of $820,000, besides just paying out $350,000 for legal claims asserted against the city,  A simple math calculation based on the $820,000 debt figure subjects Sunset Beach residents to the possibility of both property and business taxes to increase substantially to rescue their city from mismanagement.  Is this fair to the residents of Sunset Beach? Get ready, because this is a world of reality.  In addition, the county claims that it cannot afford to continue its commitment due to the costs associated with the needs of our community, and what now a city with enormous financial burdens is going to alleviate the problem?

These are just a few of the many concerns Sunset Beach is faced with at present, not including the possibility of Huntington Beach attempting to change the asthetics of our community forever.  Just imagine a two-story parking building in front of the Ramada visitors. This is more disturbing considering the overbearing traffic congestion we suffer during summer months.

Is it just me, or does anyone else care or dare to make a difference?