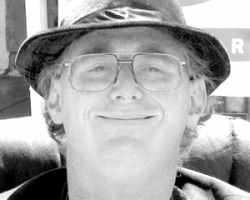 I hope the district comes up with something that works. I confess I’m pessimistic.

I consider myself an expert on the subject. My credentials: From age 6 to 16 I was a chronic target. I was attacked verbally and physically. I was told daily God hated me and that I deserved to die. One assault left my face covered with lacerations when I was 6. I was attacked with carpenter hammers when I was 16. My last encounter with a bully took place when I was 17. He dropped a hangman’s noose around my neck. I can’t change those experiences, but maybe my observations will help others avoid similar experiences.

Bullying is a lifestyle choice. It requires commitment. There are many reasons a kid will choose this lifestyle, but understand that it is a lifestyle the bully freely chooses. The bully commits to spending hours, days, weeks—even a school year—degrading, intimidating or assaulting one or more human beings. Physical attacks carry the risk the victim will fight back. Bullies are so committed to the lifestyle they accept that risk—and select targets who are unlikely to win. Indeed, a bully may be so committed that he (or she) won’t be satisfied until the victim drops out or commits suicide. Then the bully hunts for new prey. He must if he wants to maintain the lifestyle.

Once a target is victimized, other bullies in the school may see the target as an easy mark. One shark attack can morph into a feeding frenzy. In nature, predators fight over prey. I’ve never seen bullies fight over a target. There’s plenty of degradation and despair to go around.

Once the situation escalates, kids who would never dream of embracing the bullying lifestyle may decide it is better to be part of a feeding frenzy than to be chum. Some of those kids who become bullies as a survival tactic will discover they like the rush of power that comes from terrorizing others—and become recreational predators. Potential defenders begin to think the target must be asking for it—and leave the target to fend for himself. The more isolated the victim is, the safer the bullies feel to practice their lifestyle—and the violence can escalate. This means the window of opportunity for preventing violence is sickeningly narrow. Targets and teachers must discourage the first attack by the first bully.

Teasing can be a prelude to violence.  Granted, most kids who verbally abuse others won’t necessarily become violent. Psychological bullying is easier to practice than physical bullying. Yet teasing is often a prelude to physical violence. Kids who cannot defend themselves from verbal abuse will be seen as easy marks.

Verbal self-defense requires no physical strength, little energy and little risk of physical injury. If a target won’t defend himself from verbal abuse, a bully will decide the target has given the bully license to attack any way the bully likes at any time the bully likes. If an anti-bullying policy only focuses on physical violence, the policy will fail.

Even when ridicule doesn’t escalate to violence, the results can be just as devastating.

In a recent Ohio case, a Croatian immigrant girl was driven to suicide by ridicule and death threats. At her funeral, four of her classmates showed up, looked at the coffin and burst into laughter. Those four girls are likely hunting new prey as I write.

Adults need to grow up and realize that bullying is a violent crime as well as a lifestyle. Bullies are statistically more likely to become convicted criminals than other kids. That’s because they are already criminals—even if we adults are too cowardly to recognize them as such.

I want to hear from other former targets. We have knowledge that can protect potential victims. What advice would you give Los Al Unified?

Charles M. Kelly is the assistant editor of the Sun.