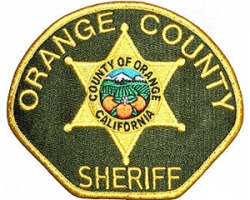 Law enforcement response times in Rossmoor were longer in the third quarter of 2010, according to the Orange County Sheriff’s Department.

Fortunately, there was only one violent crime reported in Rossmoor in the third quarter.

Sheriff’s Lt. Bob Wren presented a report on Rossmoor crime statistics to the Rossmoor Community Services District Board of Directors on Tuesday, Nov. 9.

The information Wren provided can be found in the RCSD agenda package for that evening, which is available in PDF format at the RCSD Web site.

“Response times for Priority One, Two, and Three calls all increased during this quarter,” the report said.

In 2009, the average response time for a Priority One call in Rossmoor was 5 minutes 54 seconds from the time the call was received to the time a unit arrived at the scene. That figure was based on six calls.

In 2010, at least so far, the average Sheriff’s Department response time in Rossmoor was 6 minutes 53 seconds from the time a call was received to the time a unit arrived at the scene. That figure was based on five calls.

Response times in the neighboring communities of Seal Beach and Los Alamitos were different.

Seal Beach Police Sgt. Steve Bowles said as of October 2010, the average response time for a Priority One call was 3 minutes 14 seconds.

Sheriff’s Department response times for less important calls was also longer, according to the report to the RCSD.

The one violent crime that was reported in the third quarter of 2010 was an assault against a process server, the report said.

“Other than residential burglaries (459R) and petty thefts (488), the number of reported crimes is lower in 2010 than in the previous three years,” according to the report.

Yes, once again the Sun is compiling a list of the most entertaining Crime Log entries of 2010. Your suggestions are more than welcome. E-mail suggestions to editor2@sunnews.org.

The crimes listed in the Sun Newspapers were reported to Seal Beach Police Department, Los Alamitos Police Department and Orange County Sheriff Department between Nov. 1 and  Nov. 14, 2010. Only street names are used; times given are reported times, not incident times. Crime Log entries are based on preliminary information. Space limitations make it impossible to publish every incident. Until proven guilty in a court of law, all suspects are considered innocent.

Extra Patrol Checks Requested—7:27 p.m.—Pacific Coast Highway—The caller requested extra patrol checks for unknown suspects who had been breaking into a storage bin to the rear of the location and stealing used oil. Log entry.

Counseling—12:17 p.m.—Provincetown—The caller had a barbecue pit in her backyard and found a piece of paper in it. The caller thought someone tried to burn on the fire pit. Counseled.

Vehicle Burglary—12:52 p.m.—Bolsa Avenue—Loss: a purse and its contents. Point of entry: a smashed window. The crime occurred within the five minutes prior to the call to police.

Commercial Burglary—3:32 p.m.—Seal Beach Boulevard—The caller said that a man and woman, who had a 1-year-old child with them, filled a diaper with merchandise. The caller tried to detain them in the parking lot. The suspects refused to stop. Loss: two women’s shirts, 1 young man’s shirt and three pairs of socks, collectively valued at about $100. The man was described as possibly Hispanic, wearing a dark blue shirt and jeans. He and the woman were both described as being in either 20s. Report taken.

Welfare Check—3:59 p.m.—Candleberry Avenue and Fuchsia Street—The caller said a school bus had been parked at the location for the past hour. According to the caller, a child was on the bus and the driver could not drop her off because her parents were not home. The child had been crying and the bus driver would not let her have a glass of water. The call was canceled prior to the arrival of a police unit when, at 4:02 p.m., the child and her parents were reunited.

Burglary Report—6:38 p.m.—Pacific Coast Highway—Someone took vegetable oil and other items from the back patio area overnight. The criminal broke a lock on the gate. According to the caller, this had been happening at least once a week for the past few months. The caller requested extra patrol checks. No report desired.

Coyote—9:13 a.m.—Ocean Avenue and 3rd Street—The caller reported a coyote. Police contacted Long Beach Animal Care Services. According to the log, someone at the Long Beach agency said they would not respond during the day.

Animal Information—9:18 a.m.—1st Street and Ocean Avenue—The caller reported a coyote eating a cat on the vacant property on the river bed. Long Beach Animal Care Services had already been notified and was reportedly en route.

Vandalism—7:33 p.m.—Candleberry Avenue—The caller reported a slashed tire. The crime apparently occurred between Thursday, Nov. 4 and the time of the call to police. Cost to repair slashed tire: $100. Report taken.

Disturbance—1:02 a.m.—Los Alamitos Boulevard—An individual was asked to leave a business and wouldn’t do so. The individual left the scene as officers arrived.

Suspicious Circumstances—12:37 a.m.—Lassen Street—Dogs barked outside. The caller thought someone might be outside her home. Officers found nothing disturbed and no signs of forced entry.

Suspicious Person—8:57 a.m.—Cerritos Avenue—A woman slept in the hallway of location. Officers arrested her and transported her to jail.

Welfare Check—7:50 a.m.—Ball Road—A man on medication fell and asked a passerby to call the police. He was transported to a hospital with a possible broken arm.

Illegal Peddler—11:20 a.m.—Paseo Bonita—A man sold Carl’s Jr. tickets to help pay for football uniforms. Officers spoke with the man, who admitted it was a fraud and returned money to those who had purchased tickets.

Extra Patrol Checks Requested—11:04 a.m.—Bloomfield Street—The caller said a table that was chained to a ladder was stolen overnight. No report was desired.

However, the caller requested extra patrols for the other equipment.