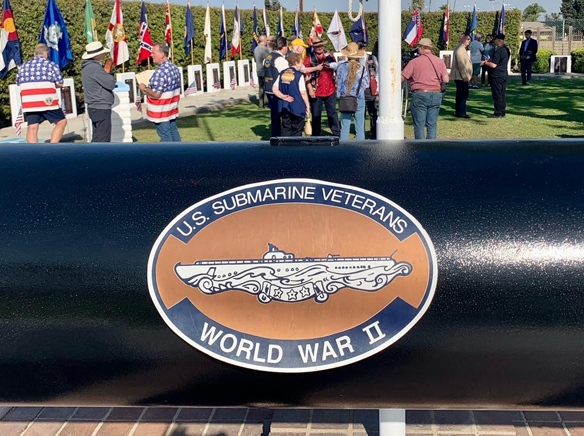 For the first time in three years, a Memorial Day ceremony will be held at the United States National Submarine Memorial West, located at Naval Weapons Station Seal Beach, on Monday, May 30.

The 11 a.m. observance will include speeches by local community leaders, as well as the unique “tolling the boats” ceremony, during which each of the 52 U.S. submarines lost during World War Two is honored as a bell is tolled.  The keynote speaker will be Mr. Joe Koch, a former crew member of the WWII-era submarine USS Tusk (SS 426).

The free event is open to the public and no advance reservations are needed.

The submarine memorial is located aboard the naval weapons station at 800 Seal Beach Boulevard, between Westminster Avenue and Pacific Coast Highway, in the City of Seal Beach.