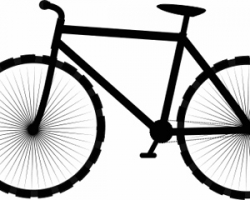 Dave Dunton, owner of the Main Street Cyclery, told the Monday, Aug. 9 meeting of the Seal Beach City Council that he was unjustly accused of being a bad neighbor at the previous council meeting.

At the last council meeting, residential neighbors complained about noise coming from the bike shop and said there had been no action from city officials for two years. At the time, District 1 Councilman Charles Antos told staff to fine the shop or hold a public hearing to consider revoking the bike shop’s business license.

In a telephone interview with the Sun, Director of Development Services Mark Persico said code enforcement issues were not considered public record. He said even if the city took action on a code complaint, the person making the complaint might never know about it.

On Aug. 9, Dunton said all complaints about his bike shop came from the same two people. He described the complaints as “not timely” and not true.

He said that at the last council meeting, he was indicted, tried and convicted without notice. He also said the council gave the complaints too much weight.

Dunton did not identify them by name, but he said the same two people had been “hammering” him since he moved the bike shop into its Main Street location. He said the two individuals wanted attention.

However, James P. Darling told the council, “I don’t like attention.”

He said he met with staff four times concerning the bike shop. He said the alley behind the bike shop had become “an amusement park.”

John Ramsey, another neighbor of the bike shop, said business needed to be conducted inside the shop.

Ramsey was apparently referring to remarks he made at the previous meeting that the rear door of the shop was left open while work was being performed.

He said the original letter complaining about the bike shop was signed by about 10 people.

“I’m not even close to being the only one,” he said.

He said the question as why the city was turning a blind eye to complaints about bike shop. He said the city code did not contain exceptions for businesses that employed a member of the Chamber of Commerce.

This was apparently a reference to outgoing Chamber President Seth Eaker, an outside contractor who provides business consulting services to Main Street Cyclery.

Ramsey spoke about a day when he received four crank calls, three hang-ups and one he called threatening. He said his wife is concerned.

“All we want is for them to conform to code,” Ramsey said.

Former Seal Beach resident Jeff Bindle said the noise from the bike shop had forced him to move, leaving the city.

He said he feels the workplace has become a hostile environment, with cameras pointed at the rear of the bike shop.

Eaker said he would be happy to provide letters of support for the bike shop.

Julio Castillo, another independent contractor who works at the bike shop, said the shop’s critics have harassed him. He said the compressor that has been the source of noise complaints has been down for over a month.

Castillo said kids who visit the shop for more than 15 minutes are put to work. 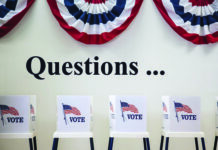