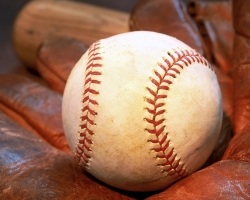 After a six-game losing streak in the Sunset League, many Los Alamitos baseball fans may have thought the season was history.

The Griffins (5-8 in league and 12-12 overall) have won three of their last four league tilts, including a 10-8 slugfest victory Friday over Esperanza.

In basketball earlier this year, all six girls teams in the Sunset League and all six boys teams in the South Coast League qualified for the postseason. The Griffins finish the regular season tomorrow afternoon at Marina, which is currently in last place in the league but defeated Los Alamitos, 7-1 in its only previous meeting.

The offensive fireworks started early, as the Aztecs (9-4 and 16-8) struck for two first inning runs off John Heacock, including a solo homer by James McCluney. Heacock would then retire seven of the next eight men he faced.

Los Al came right back with a pair in the bottom of the frame. Frankie Padulo opened with a one-out double and moved to third on a Joey Wright single. Brad Hartong then hit a rocket that took off pitcher Matt Riley’s glove into center field to plate Padulo.

Nick Vilter then hit a double off the wall in center field, seemingly bringing home both Wright and Hartong. The home plate umpire ruled that Wright was out for not touching home plate, even though photos after the play clearly showed that Wright had touched. Vilter went to third on the throw but was stranded as the next hitter flied out.

A four-run Griffin third opened with consecutive singles by Sam Lorenzini, Padulo and Wright to load the bases. A passed ball scored Lorenzini for a 3-2 lead with Hartong’s second single of the game scoring Padulo. Riley was relieved by Taylor Martin, whose errant throw to first in an attempt to pick off Hartong went into right field to score Wright. Hartong came home as Moises Montes singled just inside the third base line and under the fielder’s glove. Montes was forced at second to end the inning.

The back and forth game continued with the Aztecs striking for five runs in the fourth. Ferramola came on to get the Griffins out of a bases loaded jam with a groundout. The Washington-signee would then retire 10 of the final 11 hitters he faced to take the win.

The Aztec lead was short-lived as the hosts took the lead for good in the bottom of the fourth. Pat Ivison reached on an error, one of three Esperanza miscues, to get things started. Padulo followed with a one-out walk. Wright then tied the game at seven with his third hit of the contest.

Brandon Johnson relieved Martin on the hill and, after an intentional walk of Hartong to load the sacks, retired Vilter on a fly ball to score Padulo and give Los Al the lead for good. Ferramola aided his cause with an RBI-single and Montes drew a walk to load the bases. Another flyout ended the threat.

Esperanza cut the lead in half with a run in the top of the sixth. Vilter’s two-out double and another Ferramola RBI-single got the run back in the Los Al sixth, however.

If you have a comment or response to this story write us at dennis@sunnews.org or go directly online to www.sunnews.org. Find the story and leave your comment there.