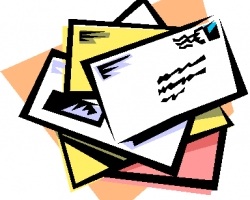 As a resident of College Park East, I have very serious concerns about the proposed development that Old Ranch Country Club wants to build. Those plans include an Assisted Living facility on the corner of Lampson and Seal Beach Blvd (where the maintenance yard is currently located) and a Senior Housing facility where the parking lot of the Public Driving range is located. They are also proposing a 150-room 3-story hotel, that would be located east of the clubhouse, a 3-story parking structure and a two-level driving range.

The over 1,700 homes in College Park East, have only Lampson for ingress and egress to our neighborhood. There are no other (side) streets to absorb additional traffic and everything funnels to the intersection of Lampson and Seal Beach Blvd. Lampson has a city ordinance that limits trucks to no more than 3 tons, but that is violated daily by many huge trucks using Lampson as a bypass for the 405 freeway construction.

During the “Target Development” that was built in 1999, the City of Seal Beach signed a Development Agreement with the then owner Bixby Ranch Company to prohibit development on the golf course for 30 years, zoning the area as open space/golf/recreation, much of that driven by the presence of the air base and the location of flight tracks over the golf course. The new owner knew that when he bought the golf course, but has repeatedly submitted plans to the city for development. That agreement is in force through September 2029, so we have still eight more years of a ban on development, and we must enforce this agreement.

There are significant unknowns surrounding this exact area of Seal Beach, which in any prudent decision making would require that we at least wait until these projects are reviewed to assess the impacts:

• Sale of the West Ed federal property on Lampson (recently rezoned residential by the City of Los Alamitos). Sale closed last week for $26.5 million. It will be developed.

• Unknown impacts/noise of 405 fwy once completed in 2023 AND by diversion onto Lampson. Current traffic choking due to closures of Bolsa Chica exits, Springdale, and 7th Street/22 access.

• Beginning of Orange County Sewer Project impacting Seal Beach Blvd from Katella to Lampson that will last for 2.5 years. (look at Westminster between Seal Beach Blvd and Bolsa Chica to see what is in store for us.)

• All students in Seal Beach go through the intersection of Lampson & SB Boulevard every day to get to school with the exception of Old Town & Hill students who go to McGaugh.

• The curve on Lampson between Seal Beach Blvd and just east of the signal into the Sunrise assisted living has been the site of frequent accidents, several of which have resulted in fatalities.

• Fixed-wing aircraft goes directly over these sites, yet the JFTB did not receive any notice from the city requesting their comments on the proposed Housing Element which the city sent to all the surrounding cities, that included this site for proposed housing and development. We need:

1. Up-to-date studies on noise levels from the base (the existing ones are more than 25 years old).

2. Time to assess the above-mentioned impacts to our neighborhood for the not even quantified TOT for a 3 story hotel, the quality of life and detrimental impacts on our citizens to get to school and work.

3. We need to wait until we get comments back on our Housing Element and also from the JFTB regarding their crash zones.

Members of Old Ranch Country Club are unaware of this proposal, as are the citizens of Seal Beach. This is not transparency in governing. We need open discussion about any type of development in our city, especially one this size, and the opportunity to provide input before any rushed vote. We ask at the very least, to honor and uphold the existing negotiated ban on development for 30 years until 2029.