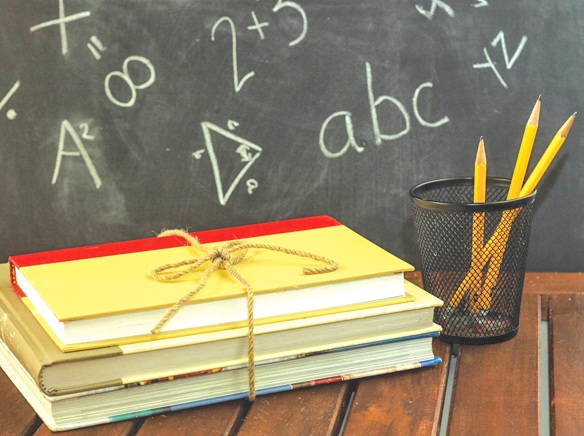 Voters in Seal Beach, Rossmoor and Los Alamitos will consider a $97 million school bond measure on the Nov. 6, 2018 ballot. Measure G, as it is known, would raise property taxes to finance bond sales to fund infrastructure improvement projects at the nine schools serving 10,000 students in the Los Alamitos Unified School District. The focus would be on upgrading the 50-year-old campus of Los Alamitos High School, the only high school in the district, and improving security at all campuses.

“Right now, we have teachers that don’t have a science classroom,” Dr. Kropp said when discussing the needs of Los Al High School during a PTA meeting at J.H. McGaugh Elementary School in Seal Beach earlier this month. “They rotate rooms for a lab. We’re working it out, but that’s not ideal.”

According to the text of Measure G, some of Los Al’s classrooms only have one or two electrical outlets which, the measure states, “is not enough to support the educational technology to prepare students for success.”

To address these issues, Measure G has a Project List that was compiled through input from teachers, staff and community members. In addition to repairing roofs, plumbing and electrical systems, the Project List calls for upgrading classrooms, science labs and career technical education facilities so “students are prepared for college and good paying jobs in fields like health sciences, engineering and the skilled trades.” Dr. Kropp said constructing a new science building at Los Al would allow for the removal of some of the 31 aging portables on campus. A new performing arts center and gym could also be paid for with Measure G funds. “I think we’re about community and culture and I think a way to build community and culture is to have facilities that open things up,” Dr. Kropp said.

Measure G bonds would be sold as needed to finance projects as they are prioritized and completed. According to Dr. Kropp, if Measure G is approved, the infrastructure improvements at Los Al could be completed by next August and a new building for science classrooms could be completed by 2020 with most work being done during the summer months. Security and safety upgrades at the district’s two middle schools and six elementary schools could happen at the same time. Those upgrades would include new fencing, cameras, which are being piloted at McGaugh Elementary, and alert towers. “Students only have one opportunity to be in each grade level, so we have to do modernization in a way that doesn’t interfere with the quality of education the students are receiving,” Dr. Kropp wrote in an email this week.

Measure G requires 55 percent of the vote to pass. If passed, property owners would see a tax increase of an estimated $30 per $100,000 of assessed property value. It would not be based on a property’s assessed market value, according to LAUSD. Property owners in the district would be affected which includes Seal Beach, Los Alamitos, Rossmoor, Surfside, and small portions of Cypress and Long Beach. Residents of Leisure World, the gated retirement community in Seal Beach, will not be impacted if Measure G passes, according to Dr. Kropp.

“Our schools are assets that belong to our whole community,” said Diana Hill, a member of the Board of Education of the Los Alamitos Unified School District who voted in favor of placing Measure G on the ballot. “Not only do high quality schools add value for property owners, they also are used by the community as parks and for recreation,” Hill wrote in an email this week. The Board voted to place Measure G on the ballot in June. The vote also included stipulations for oversight and rules on how Measure G money can be spent. For instance, Measure G funds cannot be spent on administrators’ salaries or pensions.

If Measure G passes, an independent oversight committee made up of community members will be formed and tasked with making sure money is spent as authorized. Annual audits will be required. LAUSD is also required to budget money for facilities and maintenance to help prevent the need for a future bond.

In 2008, voters approved an LAUSD bond measure for a $126 million, which garnered the district an additional $30 million in matching funds from the State of California, according to Dr. Kropp. Passage of Measure G could also unlock matching funds.

Lisa McClellan, president of the Los Alamitos Educators Association, the teachers’ union for the district, said the union endorses Measure G and its goal of modernizing district campuses. “For the continued success of the district to be able to meet the needs of the students of today and tomorrow, we need to have updated facilities,” McClellan wrote in a text message. “The most important thing residents need to know about Measure G is that all the funds will stay local and go directly to supporting, modernizing and improving our already excellent school district,” said David Locke, co-chair of Residents for Excellent Schools, a group that has raised $25,000 to campaign for passage of Measure G.

There is no formally organized campaign against the bond measure and no argument against it appears on the Orange County Registrar of Voters online voter guide. An argument in favor of Measure G was signed by Seal Beach Mayor and District Three Councilman Mike Varipapa. To see the text of Measure G, visit: https://www.ocvote.com/fileadmin/user_upload/elections/gen2018/measures/Los_Al_USD_-_FT.pdf