Aunt Gertie dreamt of being a snack for T-Rex Sue! I was running like hell as she bent down to scoop me up! I was terrified but hey, I would’a been a delicious fast food treat! Then I woke up shaking, glad to be in Seal Beach, not Wyoming, millions of years ago! What a relief! Sheesh!

On Aug. 12, 1990, Susan Hendrickson, was on the Cheyenne River Indian Reservation, when she spotted some bones on a cliff. What a phenomenal discovery she made. The largest, best preserved and 90 percent complete fossil of a Tyrannosaurus Rex ever found! T-Rex Sue, as she was affectionately referred to, was 28 years old when she died, according to extensive tests and research on the skeleton. She perished during the Cretaceous-Paleogene extinction event around 66 million years ago that suddenly wiped out about 75 percent of all species on Earth. Strong evidence pointed to an asteroid impact in the Gulf of Mexico, which formed the Chicxulub crater and caused havoc across the globe.

The Field Museum in Chicago, purchased the fossil on Oct. 4, 1997 for $8,362,500 dollars. On May 17, 2000, the exhibit opened with 10,000 visitors coming to feast their eyes on this huge legendary creature. Aunt Gertie says, “Visiting T-Rex Sue, should be on your bucket list. You will be awestruck seeing this magnificent dinosaur. You might even dream about her too!” 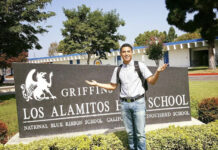