Heading into its 10th annual event, the grassroots fundraiser in Belmont Shore, called the Adler Paddler, had been picking up some momentum. The event had begun to draw upwards of 200 participants and even more spectators and supporters. But the 2020 event, always around St. Patrick’s Day, was cancelled just days before its annual return.

But the Adler is back and set to hit the water on Sunday at the Belmont Shore Peninsula. The Adler Paddler started as a stand-up paddle board (SUP) race, but with different levels, just about anything that can be propelled by paddles or arms is welcome to participate in the fun paddle event.

The Adler Paddler is the brainchild of local water sports professional Jodie Nelson, who started the event under her non-profit Paddle with Purpose. It’s a fundraiser for organizations that are helping to raise awareness and treatments for aortic health. It’s free to participate and raises money through t-shirt sales, raffles and donations. Nelson is hopeful for a strong return for the event.

Jodie Nelson has tried a lot of action sports in her life. Growing up as a surfer in Southern California, she spent time pursuing a professional career in the sport. She’s done a lot of water sports and continues to work in film and video productions on board sports.

It’s a passion and a vocation for her and sometimes she jumps to something new and even a little crazy. When her close friend, Angela Robinson, was battling breast cancer, she decided to cross the channel between Catalina and Dana Point on a stand-up paddle board. She was planning to use the cross to raise money for breast cancer research in honor of her friend.

“I get these weird nudges in my life to go do these crazy things,” Nelson said.

What she didn’t expect was that in her training to cross the channel, she would get nudge that was more like getting blind-sided by a speeding truck. Just a few weeks before the crossing, her long-time friend, Steve Adler, suddenly collapsed and died.

It was determined that he suffered an aortic dissection that killed him almost immediately. However, in the weeks leading up to his death, he was aware that something was not right. One of the problems with aortic dissection is that the symptoms mimic a variety of heart issues and can often be misdiagnosed.

That was what happened to Steve and it is also the disease that took the life of actor John Ritter. A few days prior to his death, he and Jodie had done a stand-up paddle board race in Cabrillo. Steve pulled off short of the finish line, with pain in his chest that felt odd. He went to a doctor, but the cause was not determined, Jodie said. Steve wasn’t feeling right, but was able to go back to his regular routine. It caught up with him a few days later, while he was working.

“He ended up passing away while he was glassing a surfboard,” Jodie said.

Despite the loss, Jodie went forward with her attempt to cross the Catalina Channel just a few weeks later. She knew Steve would not want her to give it up and there was a looming goal attached. She was also attempting to raise money for the fight against breast cancer in honor of her friend.

She would complete the crossing in nine hours and become the first woman to cross the channel on a stand-up paddle board. And the trip worked out in almost miraculous ways. It was brutal for Jodie, who said she wanted to throw up and quit for much of the journey, but that added a little entertainment for her sick friend, so a benefit in the long run.

“She loved watching me suffer, … so my mission was accomplished,” Jodie said.

The mission was more than just accomplished, it went above and beyond. The crossing was just the event to garner attention and donations, but the presence of a rare Minke whale was almost divine intervention. The whale, which Jodie named Larry, followed by her side for nearly two hours, and because they were shooting video of the crossing, Larry helped bring in more viewers.

As the tale and video of the crossing began to ‘blow up’ as the saying goes, donations poured in and Jodie was even contacted by and made an appearance on the Ellen DeGeneres show. In the end, the goal of raising $100,000 was surpassed by $20,000. Jodie was set to donate all the money to Keep a Breast Foundation and Boarding for Breast Cancer, when one of them suggested she donate the original amount of $50,000 to each and use the rest to start her own non-profit. And Paddle with Purpose was born.

Like running events, and triathlons, Nelson sees a growth potential in water sports. She said that propelling a stand-up paddle board gives the user a full body workout and it can be a very beneficial exercise for overall health. And with the Adler course going around the Naples Island area, the still water makes it navigable for even beginner SUPers.

“I do see SUP as being a tool to raise money for causes,” Nelson said.

For Nelson, she continues to push the boundaries of SUP. She’s done Trestles to Tijuana races and recently did a multi-day trip with her son Taylor, 27, to try and circumnavigate Catalina Island. The trip was not successful in getting all the way around the island, but it was a start. The next nudge might take her back to Catalina. And Steve will likely be watching over and pushing her to keep going. Jodie and Steve pushed each other in training and competitions. They loved to talk trash to each other when they outdid one another. It was one of the reasons she loved her friend. She wasn’t alone in that sentiment.

“Everybody that knew him, loved him,” Nelson said. 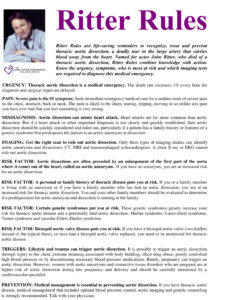