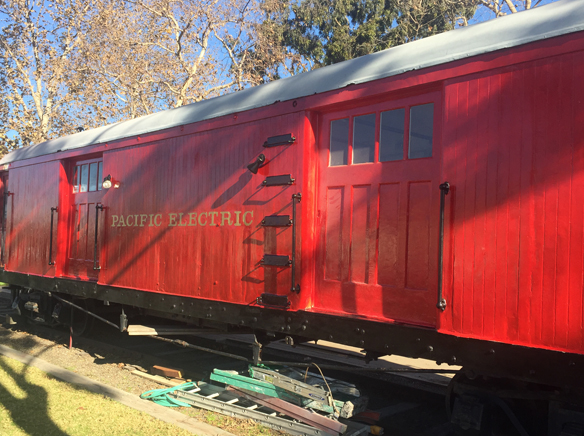 The Seal Beach Historical Society/Red Car Museum has asked the City Council to consider the issues concerning the Red Car after the holidays and after COVID-19 regulations are relaxed.

The Historical Society letter specifically referred to January. (For the text of the letter, see the link below.)

The Historical Society made the request in a later dated Dec. 4, and received on Dec. 7. The Sun obtained a copy of the letter from the city through a California Public Records Act Request.

The Historical Society also told the city that it cannot change its board organization and controlling documents at this time.

“We have already looked into contacting them earlier this year before Ms. [Elizabeth] Kane brought up the subject matter. They (Secretary of State) have requested for us to be present in person if we wish to make any changes; however, the office is closed to the public,” wrote the Board of Directors. The letter did not  bear the name of specific individuals.

The Historical Society’s letter was a response to a Nov. 13 letter from Seal Beach officials, who called for changes to the lease agreement between the Historical Society and the city. The city’s letter specifically requested a change to the board membership and other organizational changes.  The city letter also raised concerns about the condition of the Red Car Museum. (Painting of the Red Car appears to be continuing.)

The city’s November letter said that if the changes were not made, the signers would recommend that the City Council terminate the lease. The city’s letter was signed by City Manager Jill Ingram, Mayor Schelly Sustarsic, and District One Councilman Joe Kalmick.

(For the text of the city’s letter, visit https://www.sunnews.org/text-of-city-letter-to-seal-beach-historical-society.)

“The fact is that they didn’t respond to the choices that we offered,” said Kalmick during a recent phone interview. He was referring to the city’s November letter.  “They just want to kick the can down the road.”

He said the Historical Society would not be able to do that much longer.

“Our next step will be to respond to them,” Kalmick said. He anticipated that the city would respond sometime after Jan. 1, 2021.

The Historical Society’s December letter did not refer specifically to the lease.

Included in the city’s letter was an offer to buy the Red Car.

“How can the city afford to take over the Red Car Museum when the city could not pay for damages caused by city trees a few years ago, which then resulted in the Seal Beach Historical Society/Red Car Museum taking the city to court to dispute the disagreement because our claim was denied?” the Board of Directors asked.

“Based off the judge’s decision, the City of Seal Beach was ordered to pay the Seal Beach Historical Society/Red Car Museum for damages,” the Board of Directors wrote.

Kalmick said that he was told that many years ago, the branch of a city tree fell on the Red Car Museum, causing what Kalmick described as minor damage to the Red Car. He said the Historical Society filed a claim and the city denied that claim, turning the matter over to the city’s insurance provider. According to Kalmick, the Historical Society responded with a small claims case.

As of 9:32 a.m., Monday, Dec. 21, an online petition demanding change to the Historical Society’s leadership, launched by Elizabeth Kane, had received 677 signatures.