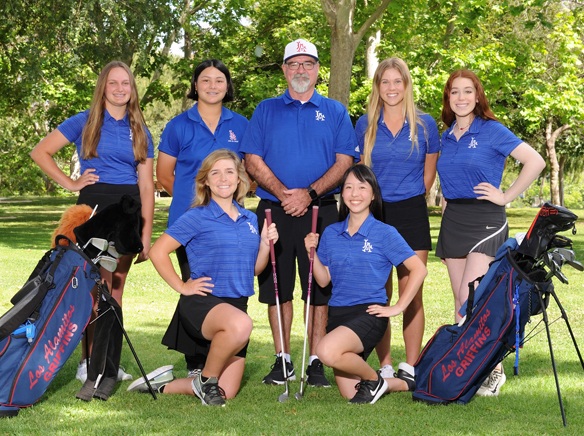 Since the creation of the Surf and Wave leagues, the Los Alamitos High girls golf team have won at least a share of the league title in all three years. This year the Griffins were 5-1 in league (16-2 overall) and tied for first with Edison. Each team defeated the other once. The Griffins were led by MVP Kylee Gregory (Jr). Others included Sr. Janelle Abbott, Jr. Andrea Camacho, Soph. Keira Cheng, Soph. Kate Younger, Fr. Abby Sickles, Jr. Sophia Tipton and Sr. Kalen Yamamoto. Kylee Gregory was voted to the First Team All-League. Second team selections were Janelle, Andrea and Kate. Kylee and Keira each advanced to the CIF Individuals and Keira has advanced to the individual finals on June 10. The team was scheduled to compete in the CIF Division 2 tournament on Tuesday June 8 at Jurupa Hills. Not pictured are Kylee and Andrea. 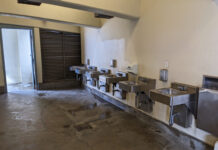