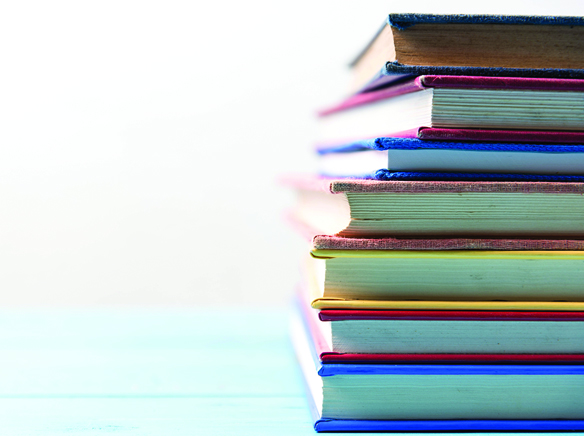 The growing battle over ethnic studies prompted the Los Alamitos Unified School District superintendent to express support for his staff at Tuesday’s board meeting, following a week of information being distributed, some of which questioned the district’s top administrators.

Although the district has been working on an ethnic studies elective course for the past year, the process of adopting it has grown intense of late, with strong emotions being expressed along battling lines between opposing sides.

The public drama playing out in Los Alamitos comes amid the intersection of a state ethnic studies effort and as a handful of other OC districts having already adopted courses similar to the one elective LAUSD is currently attempting to add to its curriculum.

During the superintendent’s report, District Superintendent Dr. Andrew Pulver noted that while opponents have every right to express their opinion on the course, he suggested calling for removal of some top administrators has perhaps exceeded the bounds of reasoned argument.

“I speak only for myself,” said Pulver, noting however, that “I am sure that I have the complete support of the board, but I won’t speak on their behalf.”

Nevertheless, the superintendent commended Deputy Supt. Ondrea Reed and Teacher on Special Assignment Nadia Williams, both of whom have worked on the framework for the new ethnic studies course.

“They have my complete support,” said Pulver. “They (Reed and Williams) do their work with grace and dignity,” said Pulver, saying the work was assigned to them by the board and is important work, “even if it does not align with everyone, it is the work the board has asked them to do.”

Like some of the speakers later in the meeting, Pulver said the tactics of the course are puzzling and expressed concern about the level of “misinformation” being disseminated.

“I really do appreciate hearing dissenting voices,” said Pulver, as well as those who are in support, but at the same time we have to make decisions that are in the best interest of the system. That’s the goal,” he said.

The board’s meeting turned into a marathon session, sometimes rollicking with outbursts, prompting board members to plead for a “civil discourse.” Since more than 50 speakers registered to speak at the open mic portion of the meeting, board members limited speakers in the workshop to two minutes but allowed speakers in the regular meeting the full three minutes.

Many opponents attacked similar targets, including a loosely defined term called critical race theory, potential “indoctrination” and turning whites into “evil oppressors.” They also attacked the Southern Poverty Law Center, one of the sources from which social justice standards are being considered and many of them cited specific constitutional references that the board purportedly would be violating.

Matt Simmong said he was against critical race theory, calling it “terrible and poisonous,” making students, depending on their race, either “oppressors or victims.”

Denise Inouye also criticized critical race theory.  She said it “paints all whites as evil oppressors,” calling it “nothing less than child abuse,” making students, in her view, “ashamed of their skin color.”

“I don’t see truth as a misconception,” said Harriet Reid, another opponent. She called Christen Sleeter, one of the proponents, and author of some ethnic study resources a racist and said her work promotes “indoctrination” based on “Marxist” ideology. “Truth is a defense,” she said.

Kim Franke, calling herself a “Christian patriot,” also said critical race theory is based on a “Marxist agenda,” a “socially constructed category” that ultimately teaches students “to hate their classmates and themselves.”

Barbara Kipinosz, said she spent more than eight hours doing a “deep dive” into the critical race theory curriculum. “I dissected the curriculum,” said Kipinosz, but “there’s a difference between criticizing an unfair system and criticizing those who can do well within the system,” she said.

She also said critical race theory also promoted binary notions of gender but said “trust me folks, there are two genders, it’s a scientific fact, but people are diverse.”

One student at McAuliffe Middle School questioned why “white privilege” would be taught in schools and that he thought it would be “moving backwards,” saying he was called terms like “homophobe” and “idiot” “for no other reason than wearing my MAGA hat.”

Another McAuliffe student asked the board “why add something else when school is hard enough?” He questioned the implementation of social justice standards while also saying he’s heard fellow students saying things like “pick my cotton” and “don’t whip me master” while walking down the hall.

Larry Cramer said he did not want critical race theory being “taught in our schools.” He said the theory teaches children “exactly the opposite” of what Martin Luther King preached and, in his view, “promotes hate in our country.”

Melissa Austin pleaded with the board to “just let the dust settle from the past year.”

Austin nonetheless said she has collected more than 400 signatures on a petition asking the board to reject the ethnic studies curriculum and stick to teaching “reading, writing and arithmetic.”

“I guess I’m about the lowest form of human being there is on earth according to the critical race theory,” asserted Charles Williams.  “I’m an old white man who grew up in the South,” he said.

Williams said his parents nevertheless taught him to “respect everybody” and that now with two grandsons, “I hate the thought that this curriculum could teach them they are flawed human beings.”

“I am here representing a nation, a state that I don’t want to see become another statistic due to pressure and intimidation,” said Julie Kizzlar. “Parents should be teaching this at home,” she said, “to have respect for another regardless of color and ethnicity.”

Amid the steady drumbeat of opponents, however, those favoring the curriculum expressed their full throated support. Some were exasperated, expressing frustration at the “highly organized” opponents, the repetition of their argument and that only a few self-identified as having a vested interest in LAUSD.

For instance, Jacqueline Asbury, a mother of two children in the district, suggested the opponents were “highly organized” noting that many did not “identify themselves as a parent in the district.” Asbury said it appeared as though many were reading from messages received from a “Facebook group” that promoted them to “come down here and speak up.”

“Where does this organization come from,” she asked? “It sounds like fear to me.” Asbury said “you are fighting an elective, don’t you understand that?” If you don’t like it, your child doesn’t have to take the course,” she said, turning toward the large group of opponents.

Asbury predicted all students would eventually get some version of ethnic studies in college.

The administration has proposed a course that will only be available to high school students as an elective, meaning if students choose not to take the course, it is not required for graduation.

The coursework for the ethnic studies elective has yet to be introduced and there has been no discussion of any “curriculum” changes. Once coursework is approved, only students who want to take the course can register.

“My mom is a staunch Republican, my dad is very liberal and I’m a Christian Catholic,” said Los Al senior Jackie Bond. “I’ve never been tested but I’ve seen every day people bullied for their skin color,” she said, “and this is not acceptable.”

Moreover, Bond said the circus atmosphere in the meeting room is “really indicative of the ignorance that this class (course) is trying to alleviate.

“I believe we are not an ignorant community but a community of inclusion,” she added.

Nichole Horton, with two children at Weaver Elementary, described very touching examples of why her own children, she thought, would benefit from such an ethnic studies course when they were able to take it.

Barbara Farrell said all her children and grandchildren attended Los Al Unified, said “I know you are not looking at critical race theory, I support your decision.”

Nathan Searles, whose daughter attends middle school, thanked the board for being “brave and honest,” saying their action is “robust and meaningful. Do not let harassment stop you from delivering core values of this district,” said Searles.

“The time has come for an ethnic studies course,” said Denise Miller. “This is not to be feared but celebrated,” she said, suggesting that studies by Stanford University have indicated students who take ethnic studies courses show gains in math, science and other subjects.

Cathery Yeh, a Los Al parent, complained about the “misconceptions that need clarification” being spread, saying she and her family received some of the misinformation.

“Can you imagine getting this at your door,” she asked, describing some of the info, “if you are a person of color?”

Yeh said she has been to all of the meetings and reviewed decades years of research on the topic.

“It’s not just about race, it’s about biased education with components to address prejudice,” she said. “It’s about collective action and how to build community,” she argued.

Hunter Dunn, another Los Al High School senior, said “I think we can all agree that we want to create the best environment to produce smarter healthier and more successful individuals regardless of race, class or creed.”

“Please stop saying that this class is going to divide us into oppressors,” Dunn asked the opponents.

Also, he urged them to stop trying to create a “liberal boogeyman that’s going to take away our rights.” This tactic is mere political theatre, he suggested, saying the board was simply trying to create “better education for everyone.”

Amber Steeves thanked the board for voting for ethnic studies.

Steeves said she would “have loved to have the opportunity as a young person to learn” more about ethnicity.

“Our duty to empower them (students) with information,” she said.  Opponents “soley trying to deny the option to learn” demonstrates fear, she suggested, and said “the more opposition makes a clearer picture that this needs to happen.”

President Maryls Davidson said once the coursework for the ethinc studies elective is introduced, the community will have 30 days to examine before it is voted on by the board.

Two of the community speakers actually spoke about other items.

Shaun Shuck, who said he served as student body president 21 year ago, was critical of the board for their decision to remain in hybrid until the end of the school year.

He criticized LAUSD for “lack of consistent decision making” and for using metrics “that only matter when it suits your agenda.”

Finally, Claire Kurkjian, a student at Weaver Elementary, whose dad is a U.S. Navy reservist, reminded the board that many kids within Los Al Unified are “military kids” who make sacrifices because of parents leaving for long periods of duty.

She asked the board to “purple up for military kids’ at their next meeting.

Purple is the color you get when you mix all of the colors of the U.S. Flag, she said, so she asked the board and the staff to wear something purple at the next meeting to show solidarity with military kids and support for their parents serving in the military.