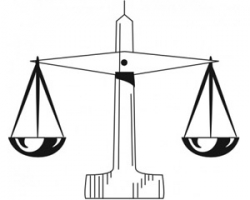 The following is the latest on the Sun Region-related cases that are are working their way through the courts.

Space limits the number of cases that can be covered in a single article. The cases are listed by the date of the next court appearance.

On July 6 or July 7, 2010, a 46-year-old woman took a cab from Sunset Beach to an apartment in Seal Beach’s Leisure World. According to the Seal Beach Police Department, she awoke the next morning with no recollection of the previous night. On Tuesday, Nov. 23, 2010, Seal Beach officers arrested Orange County cab driver Orlando Bruce Bosley, 57.

When the DA’s Office first announced charges in the case, it was widely reported that Joseph Elija Ettima would face the death penalty for reportedly murdering his grandmother and setting her Los Alamitos apartment on fire with two  children inside.

The special circumstances charges have apparently been dropped. That means Ettima does not face the death penalty if he is convicted. Ettima’s jury trial began on Oct. 18, 2010.

Latest: Ettima’s trial was scheduled to continue on Monday, June 6.

The crime reportedly took place outside the Sun Region, but the accused now lives in Seal Beach. The DA’s Office has charged Denis Lyons, a Leisure World resident, with felony lewd conduct with a child over a two-year period in the early 1990s. Lyons has entered a not guilty plea in the case.

According to the DA’s Office, an attorney representing the accuser in an un-related civil suit reported the crime to the prosecutor’s office in July 2008.

The accuser filed a police report in September 2008, about 16 years after the abuse reportedly began.

Latest: Trial was scheduled to begin on Monday, June 13.

Hines is charged with one felony count each of driving under the influence of alcohol causing bodily injury, driving with a blood alcohol .08 percent or more causing injury, hit and run with injury, and sentencing enhancements and allegations for causing great bodily injury and having a blood alcohol level over .20 percent.

If convicted, he faces a maximum sentence of six years and eight months in state prison.

According to the police, Robles is being accused of forgery, grand theft and elder abuse among the list of over 90 criminal counts. Robles worked for the 81-year-old victim in Leisure World as his caregiver since 2007.

Police say that shortly after she began her employment, she began writing checks to herself totaling $287,848.13 from the victim’s personal bank accounts without his consent.

Latest: The preliminary hearing in this case is scheduled to begin Tuesday, July 26.

Millicent Wilborn, of Seal Beach, was 22 months old when  she died on Dec. 17, 2009. Her twin brother suffered a skull fracture, but lived.

The crime apparently occurred in the resident housing area of the Seal Beach Naval Weapons Station on Anchor Way.

According to the Orange County District Attorney’s office, their father was at work at the time the crime occurred.

Their mother, Linda Wilborn, has been charged with assaulting a child with enough force likely to cause death.

Authorities have said there is no evidence that either of the two surviving Wilborn children were physically abused.

The DA’s Office described the charge against Wilborn as the “equivalent of  murder” because the penalty is the same: 25 years to  life. Wilborn is currently in custody in the Orange County Jail.

Latest: A trial date setting conference has been scheduled for Friday, Aug. 26.

Roy Charles Laird, 88, was charged last week with one count of murder and with one enhancement of personally discharging a firearm, resulting in the death of his 86-year-old wife.

The term “enhancement” means that if the jury finds a defendant is guilty of both the basic crime and the enhancement, additional time could be added to the defendant’s sentence.

According to the Orange County District Attorney’s Office, Laird could be sentenced to 50 years to life, meaning the 88-year-old man would have to wait 50 years to be eligible for parole.

In California, murder carries a penalty of 25 years to life.

Laird has been accused of shooting his 86-year-old wife Clara Laird once in the head on Sunday, Nov. 21, in her apartment in the Country Villa Healthcare Center just outside of Leisure World. The DA’s Office reported that the victim was in late-stage dementia.

Latest: A pretrial hearing has been scheduled for Friday, Aug. 26. No date has been set for a preliminary hearing.

Laird has been released on his own recognizance, according to the Orange County Superior Court Web site.

His killer apparently then went to the victim’s Costa Mesa home and lured a woman the dead man knew to the apartment. There, he killed the woman and staged the crime to look like an sexual assault.

The DA’s Office has charged Daniel Patrick Wozniak with the crime. The charges include “special circumstances,” which theoretically could make the accused eligible for the death penalty.

Disturbance—12:05 a.m.—Main Street—An apparently drunk and argumentative individual refused to leave a business establishment. He was falling asleep on the bar, so the caller asked him to leave. He refused. Police arrested the man for public drunkenness and resisting arrest.

Business Burglary Report—6:37 a.m.—Pacific Coast Highway—The crime apparently occurred between 6:15 p.m., Thursday, May 19 and 5 a.m., Friday, May 20. Loss: about $40 cash from the register and the previous day’s deposit. Report taken to document the loss.

Burglary Report—4:43 p.m.—Hazelnut Avenue—A resident of Hazelnut Avenue went to Seal Beach Police Department headquarters to report the theft of medication from the citizen’s home. The resident did not know when the crime occurred or if the medication was lost or stolen. Police issued a log item to document the loss. The victim was advised to report the loss to their doctor and pharmacist.

Neighbors Dispute—9:59 p.m.—Howard Avenue—The caller said neighbors shined a green light in the caller’s house. The caller said there was an on-going problem with the neighbors. The caller argued with dispatch when questioned further. The responding officers counseled all parties.

Fight—11:10 a.m.—Bloomfield Street—The caller reported a fight between five individuals against one lone individual in a parking lot. The caller did not know if anyone involved was armed. It turned out that a vehicle burglary was interrupted in progress and the victims pinned the suspect to the ground. The suspect was caught while breaking a window to gain entry to a vehicle. One victim of the burglary was bleeding from his face. One man was arrested. The vehicle was a Dodge Caravan wanted by Long Beach Police. Its front and back bumper had been wrecked, but the Dodge had not been burned, vandalized or stripped.

Vehicle Burglary—1:48 a.m.—Los Alamitos Boulevard—The caller reported witnessing a vehicle break-in in progress. At first, the caller thought it was his friend’s vehicle. After further consideration, the caller was not sure that the vehicle belonged to his friend. Responding officer assisted.

Drunk—3:46 p.m.—Katella Avenue—An apparently drunk man was inside the location and refused to leave. The suspect was detained in front of location. He was arrested on a bench warrant.

Disturbance—6:17 p.m.—Cerritos Avenue—The caller was having a dispute with another parent. No weapons. The other half called police on another line. The first caller accused the second caller of stealing boots from first caller’s daughter. The second caller admitted to the theft. The suspect’s parents are now on site and arguing with the first caller. The responding officer counseled everyone.