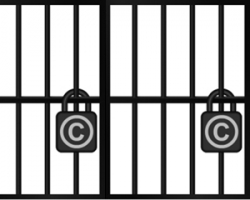 A “brandishing weapon” call in Rossmoor resulted in the arrest of one juvenile for possessing Ecstacy on Thursday, Feb. 3.

A citizen reported that a juveniles was brandishing a weapon at 7:26 p.m. The juvenile’s gender is not known.

The minor was reportedly part of a group that was walking toward the park near Bostonian Drive and Rossmoor Way when the caller reported seeing the weapon. The Orange County Sheriff’s Department sent multiple units to detain the juveniles.

The deputies searched for weapons, but found none.

The found Ecstacy instead.

One juvenile was arrested for possession of a controlled substance. The parents of all the juveniles were notified.

Law enforcement agencies do not release the names of underage suspects or victims. It is not known if the arrested juvenile was a Rossmoor resident.

The word “juvenile” does not imply delinquency or guilt. It is simple the word law enforcement prefers to use when referring to minors.

According to the Partnership for a Drug Free America’s Web site, Ecstacy is a man-made drug that is similar to amphetamines.

“It is classified as a stimulant,” the Web site said.

“The stimulant effects of the drug enable users to dance for extended periods, which when combined with the hot crowded conditions usually found at raves, can lead to severe dehydration and hypothermia or dramatic increases in body temperature,” the Web site said. Heart failure has been reported in some Ecstacy-related deaths, according to the Partnership.

Patrol Check—11:35 a.m.—1st Street and Marina Drive—The caller said she was talking a walk when she noticed a purse and a shoe in the gutter area near the bridge. Police unit 117 found trash.

Counseling—11:31 a.m.—Seal Beach Boulevard—The caller said another customer at the location confronted her, cursing her and using racial slurs toward her for no apparent reason. The offending individual was no longer present.

Suspicious Circumstances—2:33 p.m.—Marble Cove Way—The caller said a man and a woman were at a home that is in foreclosure, loading up property into an SUV. The caller said they were not the former residents of the home. Police unit 141 determined they were cleaners.

Suspicious Person—12:27 p.m.—Seal Beach Boulevard—The caller reported a man wearing a fluorescent green construction vest, walking around, carrying something that looked like an ice pick that was about 12 inches long. Police determined he was working on gas pumps near the location.

Suspicious Circumstances—11:17 a.m.—Bolsa Avenue—A man was seen running out of a building while wearing a mask. The masked man sped out of the parking lot on a bike.

Found Person—12:51 p.m.—Seal Beach Boulevard—The caller found an elderly woman who was lost. When police were unable to locate the caller and the lost woman, police returned the call to the person who made the initial report.

The caller said the woman had been reunited with her daughter. Log entry.

Dead Skunk—7:19 a.m.—Electric Avenue and 10th Street—Police unit 117 observed a dead skunk in on the westbound side of Electric Avenue.

Extra Patrol Checks Requested—8:22 a.m.—Electric Avenue—The caller requested extra patrol checks for an individual described as a transient who has been camping out in the area.

Citizen Assist—8:08 a.m.—Ocean Avenue—The caller had locked herself out of the house and requested officer assistance.

However, she called back and said she was able to get inside her home. She advised police to cancel the call. Call canceled.

Petty Theft Report—8:54 a.m.—El Dorado Drive, Mutual Unknown—Loss: a blue Beach Cruiser with basket. The bike was taken from a carport. The bike was valued at $100. The crime may have occurred between Monday, Jan. 31 and Thursday, Feb. 3. Report taken.

Suspicious Occupied Vehicle—9:48 a.m.—Farquhar Avenue—A camper van was parked next to the caller’s residence, with someone sleeping on a couch.

The back end of the van was blocked off with plywood and windows tinted.

Family Disturbance—3:23 p.m.—Green Avenue—This turned out to be a verbal dispute over an eviction.

Family Disturbance—7:20 p.m.—Howard Avenue—The caller reported a fight, with the father choking the son to get him back inside the house. Everyone involved was counseled.

The person responsible was advised and promised to keep it down.

Traffic Hazard—3:40 a.m.—Los Alamitos Boulevard and Katella Avenue—A vehicle was moved out of the roadway.

Disturbance—11:31 p.m.—Chestnut Street—The caller complained about a loud party. The person responsible for the pary was advised about the complaint and said they would comply with police instructions.

Person Down—12:16 p.m.—Katella Avenue—A white man was reported down in the grass on the westbound side of Katella just east of the 605 Freeway.

It turned out the man was resting before continuing his walk to Long Beach.

Suspicious Person or Circumstances—2:56 a.m.—Martha Ann Drive—The caller may have thought the circumstances were suspicious, but an Orange County Sheriff’s deputy found an individual who was delivering newspapers.

Suspicious Person in Vehicle—9:28 p.m.—Hedwig Road and Pemberton Road—A deputy determined there was nothing suspicious going on.

Burglary Report—7:30 a.m.—Engel Drive—This was a case of theft from a vehicle.

Suspicious Person in Vehicle—3:03: a.m.—Los Alamitos Boulevard—An individual found outside a bar was cited for possesion of marijuana.

Suspicious Person or Circumstances—6:24 p.m.—Hedwig Road and Pemberton Road—The caller reported someone laying under a tree.

Citizen Assist—1:37 a.m.—Argyle Drive—A deputy took a report about an individual who had not returned from Bible study.

Disturbance—11:11 p.m.—6th Street—The caller’s complaint: someone was playing bongo drums. A deputy contacted the drummer and advised that individual to stop. The drummer complied.

Suspicious Person or Circumstances—8:29 a.m.—N. Pacific Avenue and 5th Street—An man was seen sitting in the alleyway, drinking beer. A deputy detained the man, warned him about consuming alcohol in public and released him at the scene.

Disturbance—10:17 p.m.—Pacific Avenue—A resident said a homeless woman was attempting to set-up camp on his property. When he asked her to leave, she reportedly became verbally abusive. A deputy checked the area, but was unable to locate her.

Trespassing—1:25 a.m.—Pacific Coast Highway—A Ramada Inn employee reported seeing an individual looking into the motel’s electric panel. The suspicious person was detained and warned about their activity. The suspect was released at scene.

Welfare Check—9:18 a.m.—Pacific Coast Highway—The Orange County Sheriff’s Department received a report of an elderly male driver who was lost and seemed disoriented. A deputyspoke to the driver, but no further information was available.

Disturbance, Music or Party—9:29 p.m.—Pacific Coast Highway—Someone complained about a loud band playing at Mother’s Tavern in Sunset Beach. A deputy advised the business about the noise complaint and the band shut down.