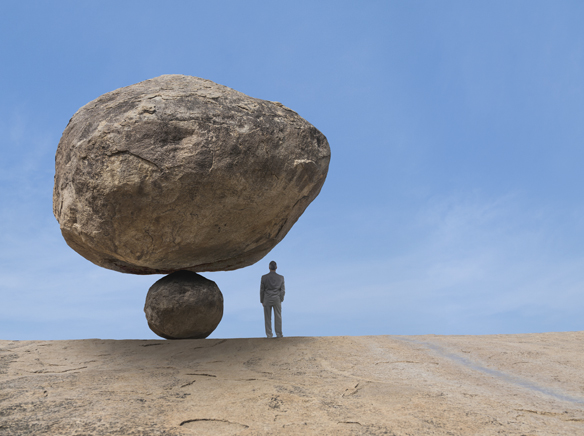 Business, tax revenues and the pandemic were ranked among the issues Seal Beach will need to address this year, according to a recent informal survey of City Council members.

The Sun recently asked each member of the City Council: “What do you see as the opportunities and challenges facing Seal Beach in the year ahead?” The survey combined email and phone interviews.

These are the council’s replies, followed by the assistant city manager’s response.

“After an extremely challenging 2020, 2021 finds us with new vaccines to the coronavirus. Hopefully, these will give us the opportunity to return our children to school and move toward fully reopening our economy. However, we will have a lot of catching up to do. Businesses are hurting and too many have closed. The virus is still taking a big toll, filling our hospital beds with COVID patients.  While the vaccines have arrived, the roll-out has been slow. The OC Health Care Agency app, Othena, has been overwhelmed with vulnerable seniors looking to try to protect themselves.

“For the City of Seal Beach, business reductions and closures have resulted in the loss of sales tax to our city.  However, we are fortunate that Measure BB funds have allowed us to avert the layoff of police and other essential employees.  We have several infrastructural needs and wants on our City’s wish-list but future revenues remain uncertain, making strategic planning difficult.”

“As we begin the new year, I see many opportunities for our city. The Main Street revitalization plan gives us the opportunity to look back at the positive adjustments we made to Main Street and build on those improvements—in addition to hardscape and landscape betterments.  Knowing what we know now will also help us in the pier outreach program.  We can use the lessons learned from the past year to help our city to be more efficient, our community safer and businesses be more prosperous in the following years to come.

“There are also a number of challenges we will be facing this year. In addition to the sand replenishment issue, beach trash, and many mandates from Sacramento, keeping our revenue/expenses complete will be a big challenge.”

“Many of the challenges are related to the pandemic. The State mandates on policy related to housing, recycling and forcing businesses to close are enormous challenges for the City and our community.

“The opportunities I see are having things return to normal with a vaccine on the horizon. There are some unique opportunities where the City has had to improve its technology and streamline operations to take advantage of some of the new ways of doing business remotely. This has saved the City money and we should look at some of these technologies for the long term to continue to be more efficient.

“There are individual opportunities to support local businesses by doing take-out meals, shopping local and following the CDC guidelines of wearing a mask when you are indoors with others or within 6 feet of others outdoors.

“By wearing a mask, washing hands, exercising and taking vitamins and eating right we can try to avoid getting the virus and stay healthy. It is important to keep our immune systems strong until the vaccine is available to help us reach herd immunity.

“We will overcome this and I look forward to going out again to local Seal Beach restaurants, the Seal Beach Car Show, Run Seal Beach, Summer Concerts and more.”

Kalmick started with the challenges. He cited getting people healthy and vaccinated and dealing with the city’s financial situation.

He speculated that retail sales tax revenue might be down. Kalmick said the city had managed to keep infrastructure afloat. “That will be at least one less challenge that the city will have,” he said.

He said he had received some complaints from people about the ships off shore.

He pointed out that the community pool project and the future about the use of the end of the pier had been put on the shelf because other things had to be dealt with.

He said that the city needed to look at its financial situation and determine if a new community swimming pool was viable—and to what point.

Kalmick said he thinks someone has to come forward and say they are willing to take the risk to build a restaurant.

He said the window for that may have closed given the current fragility of the business environment.

Kalmick said a conversation about a restaurant at the end of the pier is premature now. He said the community should wait until things have gone back to normal and the community has recovered.

As for the future of the local restaurant business, Kalmick said: “That’s really down the road. It’s really dependent on the results of the pandemic.”

He said that would determine how many businesses are left and how many customers will be left.

Kalmick also said that there were infrastructure items that are past their useful life.

Kalmick said the city needs to plan ahead more than five years.

As for opportunities, Kalmick mentioned the proposed gas station on Pacific Coast Highway. He didn’t see a better use of the property than a gas station.

Kalmick speculated that a new gas station would be an opportunity for the city to recover some lost sales tax revenue.

(Editor’s note: The previous gas station was among Seal Beach’s top 25 sales tax generating businesses before it was torn down.) Kalmick pointed out that the previous station repaired cars. The proposed gas station apparently won’t. (The project is expected to come before the Planning Commission in February.)

Kalmick said the city was still fighting to get sand replenishment for Surfside.

He said Seal Beach was losing 350,000 cubic yards of sand every year.

(Public Works Director Steve Myrter confirmed the figure. Myrter wrote: “This number of 350,000 cubic-yard of sand loss represents the total annual sand loss from the entire coast line between the mouth of the San Gabriel River on down to the Newport Bay Harbor entrance.   Accordingly, the beaches of Seal Beach, Sunset Beach, Huntington Beach, State Beach(s), and Newport Beach are all affected by this annual  loss of beach sand along this segment of coastline.  To replenish this coastal sand loss the US Army Corps of Engineers has  historically completed periodic beach sand nourish-ment projects for this segment of coastline using the Surfside Beach as the feeder beach.”)

Mayor Kalmick said the city had learned that the state government would fund the sand replenishment project, but would not administer it.

Kalmick expected the city would hear from the Army Corps of Engineers about their 2021 plans in February.

Kalmick said almost everything Seal Beach does as a city is dependent on dealing with COVID, then dealing with the economic landscape after that.

“Since we typically collaborate to identify challenges and opportunities in a more strategic fashion, I wanted to offer the following response in lieu of individual responses:

“We look forward to working with the City Council, City staff and the public at the City’s next stra-tegic planning workshop which will take place in the first quarter of this year with a focus on out-lining the City’s strengths, weaknesses, opportunities and threats thereby giving us a framework to determine the goals and objectives for the next six months.”

The Sun did not receive a response from District Five Councilwoman Sandra Massa-Lavitt.