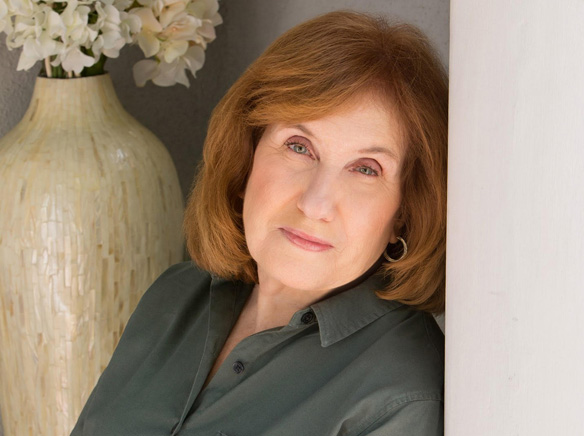 An upcoming sequel to a novel will use Seal Beach for some of the story’s setting. Northern California author Sharon Armstrong has become a frequent visitor to Seal Beach, as she has an adult daughter who now lives in town.

She and her husband Chuck have become so fond of Seal Beach, they are hoping to re-locate here in the future, but until then, Sharon decided that in an upcoming book that follows her first novel, the title character will visit Seal Beach.

The book, “Emily’s House,” was published by Living Springs Publishers in 2021. It tells the story of a young teen, named Emily, who lives in a small Virginia town with her alcoholic parents and grandmother. The young girl has more worries and responsibilities than most teens as she navigates a life of living with barely functioning adults. The story was born from the idea that children in these situations can focus on the home they will have when they are grown, to help them cope with the home they live in currently.

“The main tool was to try and get them to know that one day they would have their own home and to think about what they would want in their home,” Armstrong said.

Armstrong developed the story line after years of owning and running a child-care center. She often saw children living in dysfunctional homes and saw the affect it had on them. They weren’t in abusive, or necessarily in dangerous situations, but their homelife was not stable.

Emily, the character in the book finds support in the small community, including a neighbor, Mrs. Apple, who gives her a journal and encourages her to write about the home she wants to have as an adult. And to focus on what she would like that home to have, such as love, security, safety and happiness.

The title of the book works as a double meaning, as it is the title of the book and the title of Emily’s journal. As the story develops, Emily finds the support she needs within the people of the small community. They see the challenges she faces and reach out to help her cope. Armstrong said she saw similar situations during her time in the childcare field.

The sequel to “Emily’s House” will be “Emily’s Home Over the Bakery,” which she is in the process of writing and she said he publisher wants by the end of the year. In this story, Emily has discovered she has a sister and she visits her in Seal Beach, CA. Emily has built some stability for herself, but finds her sister has developed some of the traits of her parents.

How will this affect Emily’s life? The second book will tell the tale. Armstrong said the book is coming along, but she admits she may need to put in some overtime if she wants to have it ready by her publisher’s deadline.

She and her husband of 45 years, Chuck and she are both retired. They love to travel, including to Seal Beach to visit their daughter. After spending some time here in town, they became fond of the area and Armstrong decided to set the second book in another quaint town, this time on the west coast.

“We visited her and we fell in love with the town,” Armstrong said.