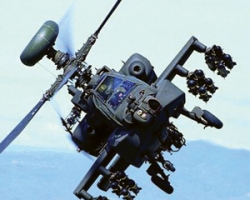 Wings Wheels Rotors and Expo is back again this year and better than ever.

This year will be the ninth time for the event hast has turned out to be one of the premiere events in this region.

The JFTB is also the disaster support area for Southern California.

Wings Wheels & Rotors will have various civilian and public safety helicopters with fire, police and military rotorcraft including some of the media aircraft seen daily on the air around SoCal.

Along with the airplanes and warbirds are helicopter flights in civilian “choppers” for $45 for a trip by Adventure Helicopters and free flights in general aviation airplanes by the Experimental Aircraft Association Young Eagles for young people between the ages of 8 and 17 years who are interested in flying and aviation.

A parajump is planned from a Douglas C-53 Sky trooper.

Called a “goony bird,” the logbook for this aircraft flown by the Commemorative Air Force, shows it actually dropped Army paratroopers on D-day, June 6, 1944.

The largest event will be a huge car show including custom cars, new autos, motorcycles, roadsters, antique vehicles and hot rods and you can still enter your car. Awards to be presented for best cars.

There will be many events for the family at WWRE 2010 along with a Kids Korner.

Additionally, there will be food, including breakfast, vendors, displays, demonstrations, flybys plus music. There will be several bands including the 40th Infantry Division Band and other activities on Sunday, Oct. 24.

A portion of the proceeds will go to the JFTB Morale Welfare and Recreation funds for armed forces personnel on the base. There is plenty of room on the flight line to display your car.

Check with the Los Al Chamber of Commerce at 562-598-6659. Ask about volunteer opportunities also.

The base is located at 11200 Lexington Dr in Los Alamitos. Can enter Lexington off of Katella. Picture I.D. required to enter the base.