City, county and state officials gathered at the foot of the pier, Monday, July 22, for a formal celebration of the completion of the pier improvement project. The even featured brief speeches and a ribbon cutting ceremony and. The pier officially, but quietly, re-opened on May 24, 2019, three years and four days after a massive fire damaged the end of the pier.

In related news, the assistant city manager says the pier is in excellent shape and the project is within budget, though the city doesn’t have exact numbers yet.

Technically, there were two ceremonies. The first was held at the foot of the pier early this Monday morning, at which time almost every official described the city’s pier as “iconic.” This was followed by a ribbon cutting ceremony featuring the entire City Council. (The council had a meeting Monday night.) The ribbon cutting was followed by free lunch on tables covered with table cloths.

At the start of the ceremony, City Manager Jill Ingram invited each council member to stand up. Also present were representatives of the city’s various commissions, including former District One Planning Commission Member Victor Grgas, and past mayor Michael Levitt.

“One of the first things pople think about when the come here is the iconic pier,” said Mayor Thomas Moore, who first came to love the small town at age 18.

Moore described the pier as the personification of the town’s ability to come back from adversity.

Moore said the city would soon have town hall meetings to discuss what to put at the end of the pier. (An April 22, 2019, staff report to the council set a Sept. 11 deadline  to “ bring to council for consideration a series of workshops focused on discussion over potential for (a) pier restaurant in the second quarter.” In an email on Tuesday, July 23, Assistant City Manager Patrick Gallegos said, “Dates and times of the pier workshops have not yet been confirmed, but they will be in the near term.  The goal is to identify what the community wants at the end of the pier.”)

Congressman Harley Rouda, of the 48th District, asked the city staff and council members to stand. He praised their dedication to preserving the rich tradition represented by the pier. Sen. Tom Umberg opened with a joke. “Thank you for allotting 40 minutes for me to speak,” he said.

“This is an incredible gift for all of us,” Umberg said, referring to the Seal Beach Pier.

He praised Seal Beach for its continued leadership in protecting and preserving the coastline.

He called the pier a regional icon. He said he was proud to “brag” about Seal Beach to officials from other areas of the state.

“I look forward to spending more time here,” he said.

“It’s really interesting that we have a long history,” she said.

She said that the Army Corps of Engineers and the California Coastal Commission would not allow the city of Seal Beach to do any construction between Memorial Day and Labor Day. She said Seal Beach staff worked hard to meet the deadline imposed by other agencies.

“This is amazing,” she said.

Orange County Fire Authority Chief Tracy McClelland was in Seal Beach the day of the pier fire: May 20, 2016. McClelland recognized the support of the Seal Beach Police and Marine Safety (Lifeguards) Department in helping firefighters do their job.

“We didn’t do it by ourselves,” McClelland said.

“It was a great feat to keep it standing,” said McClelland, referring to the pier.

Seal Beach Chamber President Karen Kuns was the last to speak before the ribbon cutting ceremony at the end of the pier.

Kuns said she took an informal survey of reasons people come to the Seal Beach Pier. Among the comments she received were:

• it’s a place for romance

• it’s a playland for kids

She also pointed out that the pier and Eisenhower Park had become a focus of community events. )

“People come to Seal beach for its quaintness,” Kuns said.

She described the reopening of the pier represented a commitment to sustaining our small town vibe.

A few minutes later, city officials gathered at the end of the pier for a ribbon cutting event followed by free refreshments at tables laid out for the event. Signs along the pier showed photos of various points during the pier repair/improvement project.

The pier project has been a long-term project. In fact, city officials were discussing pier improvements long before the May 20, 2016 fire that destroyed two buildings and inflicted massive damage on the pier.

At length, the council opted to repair the pier to be strong enough to support a restaurant building.

Then came the fire, the demolition of the damaged construction, the lengthy process to get the required permits to repair the building, the hiring of contractors.

“Since the completion of the pier improvement project the pier is in excellent shape,” said Gallegos.

“We are within our $8.4 million dollar budget, but we are still processing paperwork and will be for another month or so,” Gallegos said. 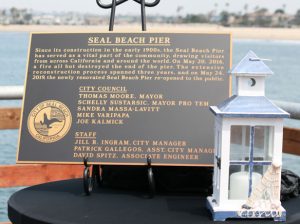 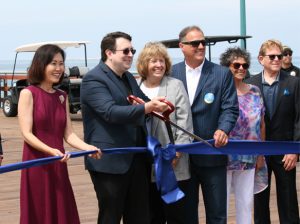 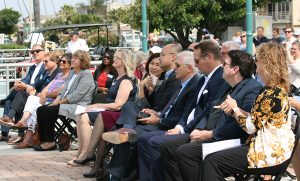 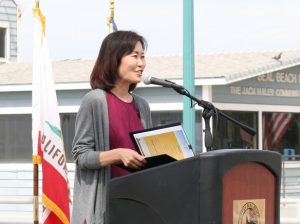 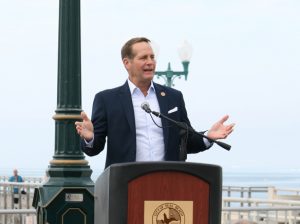 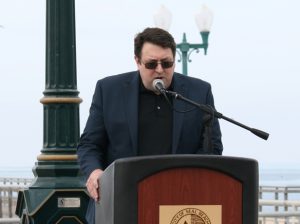 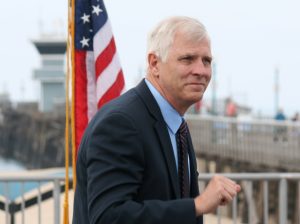 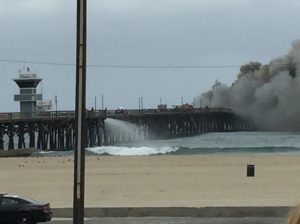 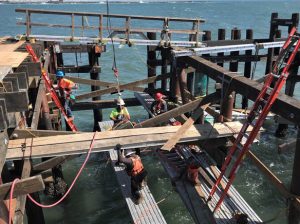 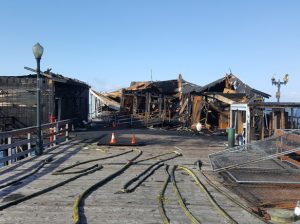 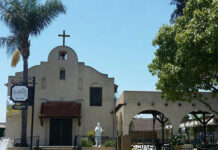 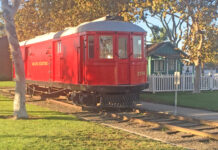