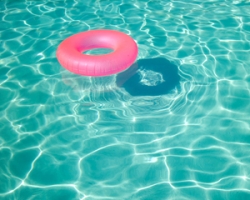 The issue of the letter came before the Monday, Oct. 25, following a request by District 4 Councilman Gary Miller. The suggestion for having a pool at the Navy site was first made by College Park East resident Patty Campbell.

The current Seal Beach community pool is located at McGaugh School. It is considered to be near the end of its useful life.

On Oct. 25, Miller proposed an alternative site for a pool: the Seal Beach Tennis Center. He pointed out that the city owns the land on which the Tennis Center is located in Miller’s College Park East area.

District 3 Councilman Gordon Shanks supported sending the letter to the Navy base commander.

“I’m opposed to a committee for several reasons,” Shanks said.

He said Seal Beach has a limited staff with only so much time to work on anything. Shanks felt the Local Coastal Plan—which would streamline the permitting process for property development if approved by the California Coastal Commission—was the most important issue.

Shanks said the Local Coastal Plan ought to be the priority.

Miller said he was advocating a small committee made up of council members.

Shanks argued that a committee still takes up staff time, whether it is a citizen or council committee.

“I think forming a committee is jumping the gun at this time,” Shanks said.

Miller argued that a pool located at the Tennis Center would serve 60 percent of the city’s population.

Shanks said he was surprised to hear that College Park East was 60 percent of Seal Beach.

Miller said his figure included the residents of Leisure World, who live within driving distance of the Tennis Court.

Miller said the council should consider the possibility that the proposed Marina Drive site owned by Exxon might be contaminated before the land is purchased. “I think that’s important,” he said.

Outgoing District 1 Councilman Charles Antos said he agreed with Shanks that the Local Coastal Plan was “a long time coming.”

“I don’t need you to tell me what I’m doing,” Shanks said.

He said city staff should send the letter and see what happens.

Miller asked Shanks what he thought of the Tennis Center site.

Shanks said he did not believe the tennis center was open to the public at all times as other sites would be. Shanks said he believed people would have to become members of the Tennis Center to access a community pool there.

Miller suggested the Tennis Center could become a recreation center.

Shanks made a motion to have the mayor send the letter to Capt. Terry Auberry, commander of the Naval Weapons Station.

Miller asked who would meet with Capt. Auberry.

Shanks said there was no reason to send someone until there is a response to the letter.

He said he requested the letter to Auberry in September. Miller said that City Manager David Carmany then went around him to speak with Auberry.

Miller said he didn’t appreciate that.

Miller said all he wanted was to meet with the base commander. He said he was getting stonewalled and was getting tired of it.

Mayor David Sloan, who represents District 2, seconded the motion to send the letter to Auberry.