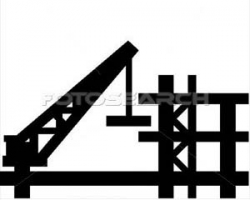 Updates on the con1struction process at McAuliffe Middle School and Los Alamitos Elementary were given during a Los Alamitos USD school board
meeting Tuesday, Aug. 24.

Andrew Ulmen, of Rachlin Architects, said work was fast and furious at McAuliffe over the summer in preparation for the children starting a new school year.

Site infrastructure on the expected 16-month project, which began in June, is complete.

Work on the roof of the two-story classroom building at the school is nearly finished, while the mechanical, plumbing and electrical work is winding up as well, Ulmen said.

Carpentry work and the framing and insulation of classrooms in the two-story building is finished. Work is nearly completed on the excavation and foundation for a new elevator and stairs. A temporary administration building has been completed and is up and running.

Before school starts, the entire site will have been power-washed and be looking good, Ulmen said.

Work on Phase 1 of the project will continue over the next few weeks, including finishing plumbing and commence work on finishing classrooms, Ulmen said.

Nearly all work on Phase 1 of the six-phase project should be completed by the board’s next meeting Sept. 14.

Work on the campus is expected to be completed by the start of the 2011-12 school year.

“So far, we are on time and on budget,” Ulmen said.

At Los Alamitos Elementary, utility work is 95-percent complete while the temporary administration building is up and functional, according to Construction Manager Bob Genevie of Rachlin Architects.

According to Genevie, installation of windows and doors, painting and stucco work with interior painting work to be started by the first day of school.

The school’s new electrical system was expected to be turned on Thursday, Aug. 26, forcing Principal Sunghie Okino and her administrative staff out of the office for one day and into the district’s administration building.

Interim housing for the campus has been installed with new portable buildings delivered and set in place.

Work on installing windows and doors to four of the buildings continues but was expected to be completed by Wednesday, Sept. 1.

Superintendent Greg Franklin said that district officials will be on the campuses during the first few days of school to help out if needed.

“Usually things are so well organized by the principals we end up simply holding doors open,” Franklin said.

In other news, there was discussion on the district’s priorities for the upcoming school year.

Board President Jeff Barke said that some of the priorities are too general.

He made an example of the district’s voluntary drug testing program, which is scheduled to be expanded to the middle schools this year.

Barke asked for some current percentages of the number of students taking part as well as the goal percentages.

After a brief discussion, it was suggested to bring in Food Service Director Susannah Morales who may have some ideas on how to get this done.

The next board meeting is scheduled for 6:30 p.m., Tuesday, Sept. 14 at the Administration Building, 10293 Bloomfield. 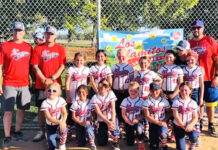 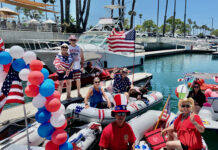