“I Am What Survives Me”

This simple statement by Psychoanalyst Erik Erickson explains what the new, awe-inspiring, $53 million Pacific Visions wing at the Aquarium of the Pacific in Long Beach is really all about.

The awesome, eye-catching, unique, two-story, 29,000-square-foot, ocean blue structure, which opens to the public on Friday May 24, is designed to show people how to create a glorious future by the decisions we make.

“The decisions we make today about how we produce, consume and conserve food, energy and water will be critical to ensure there are enough resources for all,” said Dr. Jerry Schubel, Aquarium President & CEO, who has been leading the charge for aquarium innovation, along with city officials, commercial and private people, for more than 17 years. The planning for the new wing began over six years ago, with his talented team, board of directors, city officials, including Mayor Dr. Robert Garcia, business sponsors, like Honda & Molina Healthcare & others.

“Rather than building more exhibit space for animals, we decided to focus on the species that is changing the future of all others—humans. This wing is meant to drive home the message that through creativity, innovation, and willingness to explore and accept new ideas, humans can indeed create a better planet right here on Earth.”

Pacific Visions, expected to attract more than 200,000 additional annual visitors to the aquarium, has an incredibly innovative, state-of-the-art immersive theater that features a 130-foot wide, 32-foot high multi-projection screen, which curves in a 180-degrees to visually & audibly explain what we all can do to help make things better for ourselves and future generations.

The Honda Pacific Visions Theater even engages the senses through wind, scent, fog & seat vibration. Incredibly-beautiful media projections by Cortina Productions take the audience not only on land and sea but high above in the air and deep under the ocean to view various areas of our earth—its animals, people & challenges. It shows what we could grow in the ocean, how we can use solar, wind, geothermal, tidal and other energies for a sustainable future.

“Using imagination, innovation and creativity, we can be the heroes,” said Dr. Schubel. “It’s all about the decisions we make. We have many of the nation’s best colleges, labs, and scientists right here in California. We should be the leader in creating a better tomorrow, today. We want to be a meeting center, on the leading edge of this effort by having scientists, students and others coming here to create ideas and help save the future.”

“This is so exciting and will really make a positive difference by inspiring people to take better care of their planet for future generations,” said Seal Beach’s Leo Latchinian, owner of Village Jewelers on Main Street. “I’ve been a jeweler in seven countries, including France, Greece, Italy and Saudi Arabia, and hope Pacific Visions will inspire other people around the world to do the same.”

“I’m thrilled with Pacific Visions and what it means locally and internationally,” said Mumbi Kahenya of Mumbi’s Designs on Atlantic Ave. in Long Beach. “This will make a difference in helping save the planet and bring more life and business to downtown merchants.” 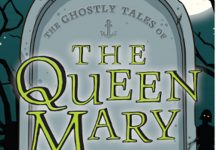 ‘The Ghostly Tales of the Queen Mary’ by Shelli Timmons 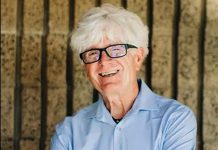 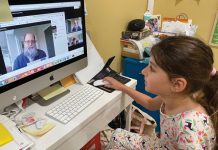