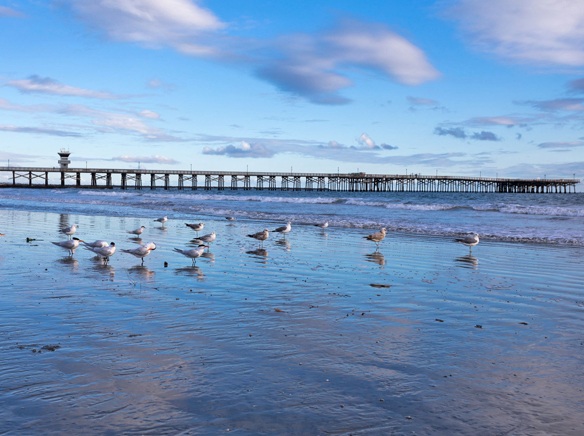 The city of Seal Beach announced this week that the entire Seal Beach Pier will be open beginning 5 p.m., Friday, May 24.
Construction on the pier began in September of 2018 after receiving all of the necessary permits from a variety of public agencies, including the California Coastal Commission and the Army Corps of Engineers.
The work involved not only repairing the damage from the pier fire that occurred in 2016, but also completing needed improvements to the pier’s utilities, lighting, and infrastructure. Associate Engineer David Spitz managed the project and oversaw the work of the city’s contractor, the John S. Meek Company.
A formal ribbon cutting will be held in the near future to celebrate the opening of the pier.
In addition, the city will be hosting public workshops to discuss the option of placing a restaurant at the end of pier. The dates and times of the workshops have yet to be determined. The pier is open from 6 a.m. to 10 p.m. Monday through Sunday.
For more information about the pier, visit www.sealbeachpier.org or by visit www.sealbeachca.org.