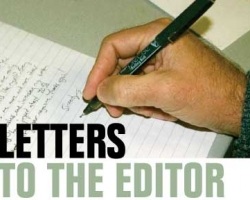 Until California cities unite, because most have these same problems, and change the way we handle Public Employees salaries, pensions and work rules, like sending a fire engine to every 911 call, there will be continuing budget problems. In 2016, for the third straight year, CalPERS failed to raise enough money to meet its obligations. Cities and States decide to raise taxes to meet budget shortfalls.

Companies can’t resort to these tactics so they must cut expenses, change the way they operate or go out of business. In my case, I retired from a large multinational company in 1990.

My pension, which I contributed to while working, was 37% of my final salary and it remains at the same dollar amount today.

The company’s contribution to Healthcare benefits has also been capped permanently at a specific dollar amount.

Cities and CalPERS must come together and provide a fix for a system that appears to be unsustainable.

We have over promised and it hopefully will be corrected in a fair and equitable way.

They were known on Central as the GUARDIANS OF THEIR MASTER!

My Lassie and Classy kept their distance even though they were six times larger. One was the bossy one, but I think the other one was the leader of the pack.My boys and all the “coffee shop city council” will always fondly remember these boys:

What are the true costs of replacing Leisure World pool

What are the true costs of replacing the current Leisure World swimming pool with one in the exact same place?

Even if the Golden Rrain Foundation somehow managed to steal the land from beneath the adjacent Lutheran Church it still would bring square footage to only 25,000 sq. ft.

And the Lutheran Church may have objections.

At the April GRF BOD meeting Executive Director Randy Ankeny related how the electrical conduit to the lights behind Clubhouse 2 had completely disappeared due to corrosion over the course of fifty years.

Seeing as the gas line to the pool area has been in the ground for the same period of time, is it not unreasonable to expect that it is also heavily corroded and will have to be replaced before it fails?

It certainly would be foolish to expect that gas line to last for the next fifty years.

It’s perfectly evident from Mr. Ankeny’s comments at the May Recreation Committee meeting that the use of the McGaugh pool was always an illusion meant to placate swimmers unfamiliar with the true situation there.

Not only is that pool’s temperature a problem, but the lack of changing rooms, restrooms and the fact that other people are currently using that facility combine to make it unsuitable.

The true situation is that there are NO local alternatives for Leisure World swimmers.

There are three sites currently available on GRF property that meet the criteria set forth in the town hall meeting, if you allow for the fact that the 40-60,000 sq. ft. requirement was and is bogus.

The true cost to residents isn’t just the cost of building a new pool and replacing that gas line, it also involves the loss to residents of pool use for an extended period of time while the replacement pool is constructed.

The loss of a pool facility for an extended period of time has to be considered as a direct tax on current pool users.

If an alternate site were chosen, then residents could continue to use the existing pool until replacement pool was available.

Kudos to Taco Surf on Main

I would like to offer kudos to Taco Surf on Main Street—a favorite of ours.

We have dined there twice recently and each time we were asked in advance if we would like a straw for our water. We both enthusiastically declined the straws and thanked the waitperson for not providing one automatically as the vast majority of eating establishments now do.

We spoke with one of the staff regarding this change and he said it was in response to a greater awareness of the devastation to the oceans and the planet from unnecessary plastic waste.

It has been estimated that each day Americans alone use—and quickly toss out—as many as half a billion plastic straws! Unlike the ubiquitous plastic bottles, they are not recycled.

Much of the waste ends up in our streams and oceans causing terrible damage to the ecosystem. The Plastic Pollution Coalition has an online video showing marine biologists removing one from the nose of an endangered sea turtle.

Ultimately all this plastic breaks down into smaller and smaller particles and gets into the food chain.

While I wish our city would be more proactive on this issue (remember Pia Hirsch’s wonderful speech to council about Styrofoam type waste?), it is great to see a local business make the first move.