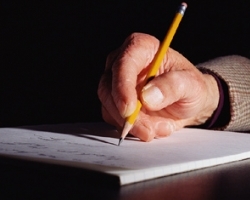 Mayberry by the Sea?

Oh sure, when the city was run by the “Good Old Boys” the city had a pretty good reputation of being honest and upright. It wasn’t perfect, but darn close. When the council found out a city manager gave a friend a very lucrative architecture contract for that Taj Mahal of a Fire Station on North Gate Road, they forced him to quit.

Looking back at the misbehavior of that city manager, he seems quite harmless. He wasn’t getting a lavish salary, an expensive car allowance, the use of a credit card to spend $2 to $5K a month on eating out, and he didn’t have a council that would look the other way if he would do something like going on vacation with someone he’d been giving no-bid contracts to.

It always seems we look back at simpler days when we could put faith in the civil servants that worked for us taxpayers, and faith in the city fathers whom they would make sure those government workers put the taxpayers first.

We thought transparency, ethics, and honesty was something a city council would demand of government workers, but apparently that old hope for of a council’s integrity, common sense, and a feeling of duty has become passé.’ For the present management of Seal Beach seems to be on its way to becoming a member of that club led by the City of Bell.

Since “entertainment” expenses are not allowable, the city manager should reimburse the city and taxpayers for these erroneous expense submissions. The question should not be whether these expenses were budgeted but if they were fair and reasonable. According to the finance director, the city manager is entitled to meet with city officials. Private contractors are not such and should not be met with at city restaurants. Government business conducted on government or contractor locations should have working lunches where everyone pays their fair share of the costs. Working lunch locations constitute environments where notes are taken and prepared presentations are discussed. Restaurants are not a proper venue for this type of activity.

Citizen groups and individuals should not be questioning these expenses. It is the responsibility of city officials to review these expenses before they are reimbursed.

Additionally, it is common practice to submit trip reports along with the submission for expenses incurred. The trip reports will enlighten staff members and the general public as to the benefit of these engagements. Lastly, the city manager should be setting an example for other staffers within city hall. The young staffers at city hall need someone to set the bar high for them in their future careers in order to succeed.

Mr. Dill currently lectures on Government Procurement and Ethics and has been in the field for 40 years.

I would like to thank Esther Kenyon and the Seal Beach Community Performing Arts Association for another fun afternoon on Saturday March 26th    and express my general dismay at the lack of attendance by the community.  SBCPAA brought us “Opera Kadabra,” a most entertaining mix of quality music, comedy and magic.

Those who attended were stumped, amazed and delighted!  Esther has worked hard the past several years to introduce a variety of programs of the arts to our community, all of them delightful and affordable, but in general under attended for our community.   If we don’t come out to support organizations such as this, it will not be around for the long run which would be a pity for us all as it adds a cultural element we are not getting through any of our other venues.  So “Thank you” Esther for all that you are working to do.

Letters should be e-mailed, signed by the author and include the author’s address and phone number (the latter two are for verification, not publication). The Sun reserves the right to accept, edit, or reject letters for any reason. Unless otherwise indicated, all letters sent to the Sun are understood to be intended for publication. E-mail letters to: editor@sunnews.org.