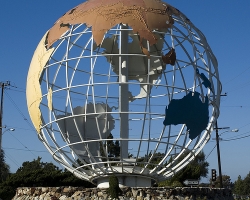 Seal Beach Leisure World residents won’t be assessed the six-digit penalty for late property tax payments, according to Golden Rain Foundation President Bruce Smith. It was Smith who said the tax penalty would be paid “under protest.”

He also said he would ask the Foundation board to support a legal challenge to the penalty.

In a recent letter to the Foundation, the Orange County Treasurer/Tax Collector’s Office said California law did not allow the agency to waive the tax penalty.

Ron Silver, chief of staff for the tax collector, said the same thing.

As first reported in the Sun on Thursday, May 12, the Foundation provides management services to Leisure World’s 16 “mutuals.” One of those services is to pay the property taxes for the retirement community. The second installment tax payment for 13 of the 16 mutuals was paid to Orange County after the due date. (To see the tax collector’s schedule for Orange County, visit: http://egov.ocgov.com/ocgov/Info20OC/Departments Agencies/Treasurer-Tax Collector/Tax Calendar)

“This is a $14 million a year operation, so we have the cash in reserves,” Smith said.

Smith said that on Thursday, May 19, he sent an e-mail to Foundation board members asking them to support his plan to hire a lawyer to challenge the tax penalty.

“Sometimes it just pays to stand up and fight these bureaucrats,” President Smith said.

The Foundation president said he thought it would be worthwhile to spend “a couple of thousand” in legal feels to appeal the tax penalty.

On Monday, May 23, Smith said he had heard from a couple of board members who supported his appeal plan. Smith believes the idea will have enough support with the Foundation board.

Not everyone in Leisure World supports the appeal. For example, Mutual 5 resident Helen Thaler said hiring a lawyer to appeal the tax penalty would only add to the cost of the late payment.

However, some Leisure World residents are lobbying the Orange County Treasurer Tax Collector’s Office directly to cancel the penalty.

A Monday, May 23 e-mail from We The People of Leisure World encouraged residents to phone Treasurer Shari Freidenrich to ask for the penalty to be waived. (The Sun subscribes to We The People e-mails.)

“Advise her that she is not penalizing our non-profit Golden Rain Foundation for the two day late tax payment oversight, but she is penalizing 9,000-plus senior citizens possibly typical of her own parents who have NOT been late making their tax payments, and there are some here that can barely afford the cost to feed themselves,” wrote Kurt Bourhenne of Mutual 14.

Treasurer Tax Collector Freidenrich already told the Foundation in a Friday, May 13 letter that she cannot waive the penalty. “The Treasurer-Tax Collector’s legal authority to cancel the penalty is limited to late payments that occurred due to reasonable cause and only under circumstances that are beyond the taxpayer’s control,” said the Freidenrich letter.

She wrote that state law does not allow her to consider a taxpayer’s prior history of making timely payments as a basis for waiving a penalty.

The Bourhenne e-mail argued that tax delinquency was in fact due to circumstances beyond the taxpayers’ control.

“This GRF has a paid staff and is governed by a board comprised of representatives from the mutuals,” Levitt wrote in a May 22 e-mail to the Sun.

“Any fines, penalties, paid by the GRF is actually being paid by the mutuals.  GRF’s accounting department screwed up, failing to pay the mutuals’ property taxes when first billed, and continuing to forget to pay, until it was/is past due, ” Levitt wrote.

He proposed firing the head of the accounting department and suspending the administrator of Leisure World.

“The savings from these two actions would help defray the cost of the penalty,” Levitt said.

Smith said personnel matters have to go before the executive committee. “I’m limited in my power as the president,” Smith said.

He has only one vote on the executive committee.