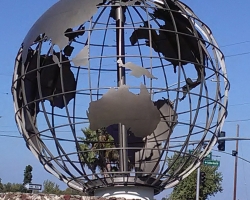 Leisure World’s Golden Rain Foundation will take control of the lot where resident store their recreational vehicles, ending months of often acrimonious debate. The GRF Board of Directors, which manages operations of the 9,000-member gated community, voted on April 25 to assume responsibility for the facility and collect the thousands of dollars the lot generates annually from rental fees. The vote, which is expected to receive final approval at the board’s next meeting later this month, will transfer day-to-day management of the lot from the Leisure World Trailer Club to the GRF.

The issue has been a contentious one since the move was proposed last fall, before the club’s lease to manage the lot was due to expire at the end of 2016. The trailer club’s officers rejected nearly all of the terms in a new five-year lease drafted by the GRF, which includes limits on how many vehicles residents can store on the lot, a ban on hazardous materials and requirements that vehicles be in running condition. The new lease also includes a rent increase from about $19,000 to nearly $28,000 over five years.

Several of the 80 or so people at the meeting – most of them trailer club members – called the move a money grab and accused the board of negotiating in bad faith.

But GRF President Carole Damoci, who in a rare move recused herself from voting on the matter so she could address the audience, said there’s “a major disconnect” between club members and its leadership.

“I don’t think most of the trailer club’s members are aware of what its officers are doing. They have accused the GRF Board of fraud and threatened us with lawsuits. Once that happened, by law we could not negotiate with the club. I hope club members will take the next 30 days to question what its leaders are doing and make some changes.”

GRF Board Member Barry Lukoff said the rent increases for RV storage are fair and will benefit Leisure World overall, noting that the fees are still well below those of commercial lots. “It will cost $120 a year to store a 20-foot vehicle, and $240 for vehicles over 31 feet long. That’s a year, not a month. That’s a pretty good price.”

The trailer club has scheduled an emergency meeting for today (May 4) to discuss its next course of action.