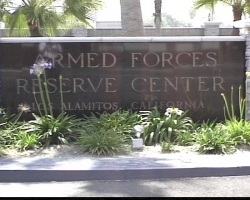 The Regional Military Affairs Committee of the Los Alamitos Chamber of Commerce will hold its free quarterly tour of the Joint Forces Training Base in Los Alamitos on Thursday, May 27.

Reservations are required and there is limited participation space available.

The tour is an opportunity for area residents and businesses to get an overview of the basic operations at the JFTB and then a bus tour of many of the facilities and operations which occur at the only remaining active military air field in Los Angeles and Orange counties.

More than 26 different tenants are housed at the base, including every military branch – from the Army to the Air Force, Marines, Coast Guard and Navy.

In addition, a number of private and governmental agencies have operations at the base.  More than 600 people work at the Base daily, along with weekend training sessions for the California National Guard.

The tour begins at the new Veteran’s Support Center, a one-stop place for today’s veterans to get assistance from medical to psychological and employment assistance. It also includes the Med-Fly Eradication Program, where millions of sterile med flies are bred and then transported and released throughout California; the Governor’s Office of Emergency Services, serving any incident that could occur from San Luis Obispo south to the Mexican Border; the US Army airfield control tower and runway operations; and headquarters of the 40th Infantry Division; the US Women’s Olympic Water Polo Training facility; and the Sunburst Youth Academy. Participants also have an opportunity to view and use simulators that help train military personnel in preparation for the war on terrorism.

To make reservations, contact the Los Alamitos Area Chamber of Commerce at (562) 598-6659. Space is limited.  The next tour will be held in August. 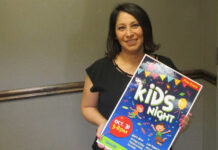 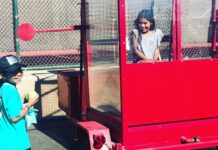