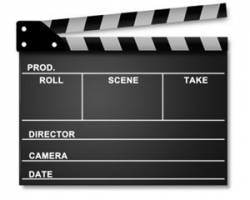 On late Monday night, May 31, a group of college students caused a fuss because they decided to film a scene in public that involved a firearm as a prop.

Fortunately, no one was physically injured.

According to the log, a witness saw four men tell someone—at least one other person—to get down on the ground at a location on 4th Street.

At 10:59 p.m., the witness phoned 911 on his or her cell phone—the log did not specify the caller’s gender—and told police that one of the men had a shotgun.

The caller did not know if the person with a shotgun was an off duty law enforcement officer or a criminal.

Seal Beach Police responded to what appeared to be an armed robbery in progress.

The six individuals were interviewed in the field.

It turned out they were just a group of college students making a film.

No further police services were necessary.

Sgt. Steve Bowles, public information officer fo the SBPD, said film makers are required to have a permit to avoid just this sort of problem. He said anyone planning on making a film should let the police know what they are going to do.

Truant Juveniles—8:59 a.m.—Ironwood Avenue—Two juveniles, ages 16 and 13 years old, refused to get up for school. Someone told the caller to phone the police.

Suspicious Person—9:11 p.m.—Montecito Road—An individual described as homeless was at the front door and employees were afraid to leave.

The employees requested a police escort to their vehicles. Police unit 121 contacted someone fitting the suspect’s description.

The homeless man was interviewed in the field.

Welfare Check—1:47 p.m.—Seal Beach Boulevard—The caller said a woman was in the parking lot, pushing a baby carriage and asking people for money. The woman was described as Indian, in her late 20s, wearing a light colored shirt.

Disturbance—6:29 p.m.—Seal Beach Boulevard—The caller said an individual that the caller described as a transient was inside the restaurant without having purchased anything. When the caller asked the man to leave, he cursed the caller.

He was described as white or Hispanic, with long hair, wearing dark clothing.

He apparently had a shopping cart with him when he was last seen. According to the log, he was interviewed in the field the day before.

Illegal Peddler—12:24 p.m.—Beachcomber Drive—Two white men in their mid 20s, both wearing plaid shorts, tried to steal steak and chicken. They were last seen in a dark brown Ford. They had boxes or a large cooler in the back of the vehicle.

It turned out the driver had been drinking from a glass water bottle. No further police services were necessary.

Fraud Report—11:08 a.m.—Kingsbury Court—The caller found a charge made on his credit card that he said he did not make. Someone bought tickets and had them sent to an address in Long Beach. Report taken.

Suspicious Person—2:06 p.m.—Ocean Avenue—The caller said a man on the Seal Beach Pier was taking pictures of young girls. He was described as a white man in his 50s wearing a blue shirt and jeans.

Police phoned Lifeguard headquarters to ask if they could descreetly keep an eye on the man. Police contacted the man and interviewed him in the field.

Welfare Check—6:20 p.m.—Seal Beach Boulevard—The caller said a woman was pushing a 1-year-old in a stroller, approaching people with a note asking for money and saying she is homeless. The woman was described as Indian, in her mid 20s, with her hair pulled back in a bun. She was wearing a brown shirt and tan pants.

Welfare Check—3:10 a.m.—Golden Rain Road, Mutual unknown—The caller asked police to check on the well being of her neighbor. The neighbor had been pounding on the caller’s wall for the last 10 minutes. Police contacted the caller and ended up counseling both parties. The neighbor’s pounding was meant to convince the caller to quiet down.

Police Information—10:52 a.m.—Alderwood Lane, mutual unknown—A Leisure World resident had been receiving calls for two days from people who said she was nominated to receive $5,000 in federal grant money.

The callers, who the resident said spoke with East Indian accents, had been phoning the resident for two days. On Saturday, June 5, they asked for a copy of her driver’s license and two other documents. The resident didn’t want to see an officer, she just wanted the incident documented. Log entry.

Auto Theft—midnight—Katella Avenue—A vehicle was reported stolen sometime between 8:30 p.m., Sunday June 6, and the time of the call to police. The vehicle was found while a report was being taken.

Suspicious Person—8:22 a.m.—Toland Avenue and Kaylor Avenue—A man was seen looking into residences and driving through the area. Officers saw no one matching the suspect’s description.

Dogs Off Leash—8:21 a.m.—Farquhar Avenue—Adults were walking with three dogs that were off leashes. Officers spoke to the group. They said they would comply.

Extra Patrol Checks—11:33 p.m.—Green Avenue—The caller said an individual threatened to come by her residence after the pair had a fight earlier. Officers took the message and began patrols.

Disturbance—9:26 p.m.—Howard Avenue—People in a rear yard were playing loud music, singing and drinking. Officers found a party taking place and everything checked out.