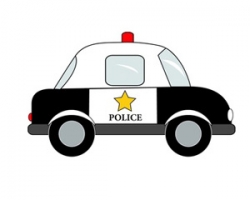 A Seal Beach business was robbed at 3:05 a.m., Thursday, Nov. 3. No one was injured during the robber. The suspect was apparently armed with what the police log described as a small revolver.

If the date seems familiar, that’s because the U.S. Bank on Pacific Coast Highway was robbed that afternoon. The bank job got the press, the other robbery did not.

According to the Nov. 3 Seal Beach Police Department log, employees of the unidentified business apparently called police after the suspect left through the front door. The name of the business was blacked out in the log.

The suspect, described as a light-skinned black man, had a blue bandana over his face. He was wearing a black jacket, blue jeans or blue sweatpants and black running shoes. The log did not say how much money the suspect took.

As 2011 draws to a close, the time has come for the Sun’s crime correspondent to compile the End of Year Crime Log. Send your suggestions to editor2@sunnews.org.

Possible Traffic Hazard—7:06 a.m.—Marina Drive and Second Street—The caller said a homeless man was standing in the street with two dogs. According to the log, the caller was concerned that the two dogs might get run over.

Transient—9:19 a.m.—Sixth Street and Ocean Avenue—The caller said a woman, who was described as a transient, was yelling obscenities. She had a dog with her. The woman was interviewed in the field.

Trespassing—6:28 p.m.—Ocean Avenue—The caller, relaying second-hand information, said two evicted former tenants had returned and were taking property out of the location. They had been evicted earlier that day.

Vehicle Burglary—7:24 a.m.—Aster Street—The crime apparently occurred between 11 p.m., Tuesday, Nov. 1, and the time of the call to police. Loss: an iPod and a boom box. The ignition was also damaged. Report taken.

Transient—9:54 a.m.—Ocean Avenue—The caller reported a man, who was apparently described as a transient, bothering a customer inside the business.

Transient—10:29 a.m.—Seal Beach Boulevard—The caller said a man, who was apparently described as a transient, was bothering a customer inside the business.

Police unit M6 interviewed him in the field. According to the log, he was leaving the area as of 11:02 a.m.

Animal—1:23 p.m.—Westminster Avenue—The caller said there was a dog in a vehicle with all the windows rolled up. Message delivered to Long Beach Animal Care Services.

Transient—1:38 p.m.—Seal Beach Boulevard—An individual who was apparently described as a transient refused to leave the store.

Transient—8:16 a.m.—Seal Beach Boulevard—A man who was apparently described as a transient refused to leave the restroom.  Police unit 106 gave him a verbal warning about trespassing.

Transient—11:51 a.m.—Pacific Coast Highway—The caller said a man, who the caller described as a transient, was laying on the ground on the patio, refusing to leave. At 11:56 a.m., the caller made a second call to the police to report that the man just got up. The call was cancelled prior to the arrival of the police unit.

Patrol Check Requested—7:15 p.m.—Dahlia and Almond—The caller said there was an on-going problem with juveniles loitering at the corner and leaving their trash in the street. Police unit 206 found no juveniles and determined no further police services were necessary.

Transient—7:36 p.m.—Eighth Street—The caller said a woman with a shopping cart was yelling. The caller said she was a transient and that she was at the rear of the location.

Disturbance—8:16 p.m.—Pacific Coast Highway—The caller said a woman, who the caller described as a transient, was still in the parking lot, yelling at passers by. A second caller, phoning from Eighth Street, reported the same.

Transient Warned Again—8:10 a.m.—Seal Beach Boulevard—The caller complained about a man asking for money at the drive thru. According to the log, he was the same person arrested in the 6:08 a.m. incident listed above. He was advised to leave and told police he would comply.

Transient—8:08 a.m.—Electric Avenue and 13th Street—A woman who was described as a transient was reportedly standing on the corner, screaming at the top of her lungs at no one in particular. Police unit 106 issued her citations for not having dog licenses for her animals and for possession of a shopping cart off business property.

Burglary Report—10:45 a.m.—12th Street—The crime apparently occurred overnight. Loss: two bicycles that were taken out of the garage. The bikes were valued at $2,000. One bike was a blue Fuji 10-speed street bike. The other was a black Trek mountain bike.

Person Down—12:06 a.m.—Main Street and Central Avenue—A woman was down in front of a business. The Orange County Fire Authority was en route. Police unit 242 arrested the woman for public drunkenness.

Suspicious Circumstances—1:05 a.m.—Quail Run Road—The caller reported smelling marijuana coming from the location. The caller said this was an on-going problem with a neighbor.

Suspicious Vehicle—10:10 a.m.—Montecito Road—The caller contacted the Orange County Sheriff’s Department about a U-Haul truck with the back open. According to the caller, the contents of the truck appeared to be abandoned.  Later, U-Haul  told the Sheriff’s Department that the truck had been overdue for a week. They said they would respond to pick up the truck.

Suspicious Person—8:34 p.m.—Bradbury Road and Montecito Road—A deputy performed a patrol check for a 16-year-old boy. A caller felt his presence was suspicious. The caller did not want contact with the Orange County Sheriff’s Department.