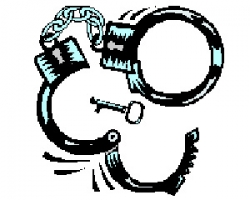 Vehicle Burglary—9:46 a.m.—5th Street and Ocean Avenue—Someone took a checkbook from a man’s vehicle sometime during the previous week.

911 Hang-up—1:22 p.m.—Pacific Coast Highway—Dispatched called back. It turned out the phone company was testing the line.

The business was having phone trouble.

Medical Aid—4:35 p.m.—12th Street—The caller said two elderly men fell while one was trying to get the other out of a vehicle. One man was bleeding a lot from his face. The Orange County Fire Authority was en route. Police unit 107 determined that both men were drunk. Neighbors escorted them home.

Illegal Peddler—5:38 p.m.—Sandpiper Drive—The caller said a man was selling magazines without a license. The caller thought he might be casing the area. Police unit 207 interviewed him in the field.

Extra Patrol Checks Requessted—9:56 a.m.—Apollo Court—The caller said there was an on-going problem with a transient sleeping in the trash bin located  near the building. The so-called transient was apparently there every morning. Call printed for briefing. Log entry.

Patrol Check—2:07 p.m.—Fir Avenue—A man knocked on the caller’s door about 20 minutes earlier. When she didn’t answer the door, the man looked in the front window. The woman then went into her backyard and found the man there. He told her that he was looking for his cat. She was advised to call 911 if he returned. Log entry.

Water Problem—2:58 p.m.—Bluebell—A citizen, relaying second-hand information, said the sprinklers in the park had been on all day. Referred to Public Works.

Residential  Burglary—4:50 p.m.—Sea Breeze Drive—Loss: the caller’s money clip. The caller believed the crime occurred around 1 p.m. The caller was home and heard a noise. He checked at the time, but did not discover a loss until the time of the call to police. Report taken.

Extra Patrol Check Requested—1:13 p.m.—Almond and Violet—The caller said unknown vehicles were parking in the area for an extended period of time. The caller believed they were possibly involved with drug or other suspicious activity. Police unit M7 determined there was no further need for police services. Log entry.

Counseling—10:54 a.m.—First Street—The caller said a group of individuals who had been working out just walked on the concrete and ruined the finish. Counseled.

Graffiti—7:11 a.m.—7th Street and Ocean Avenue—The caller reported a green swastika on a garbage can near the palm trees on the sand. Report taken.

Trafic Hazard—10:10 a.m.—Westminster—The caller told 911 that an electrical power line was hanging low on the northside of the street.

Police unit 107 placed caution tape around the line, which was hanging approximately five feet from the ground.

Assist Other Agency—3:18 p.m.—Pacific Coast Highway and 12th Street—A possible fire was reported in a trash bin to the rear of the location. Orange County Fire Authority was en route.

The trash bin was against the building. According to the caller, there was a large amount of smoke. OCFA put out the fire. The cause of the fire was unknown.

Suspicious Person—8:28 p.m.—Fourth Street—The caller said a man had walked the block three times. The caller thought the man might be disoriented or drunk because he was walking in the street. Police unit 207 contacted the man and sent him on his way.

The man left in a tan colored Toyota Camry. The caller wanted to inform police in case any vehicle burglaries were reported. Long entry.

Petty Theft—6:06 p.m.—Walnut Street—The caller said the lock had been sawed off the caller’s unattached garage. Damage to the latch was estimated to be $200 with parts and labor.

Burglary in Progress—12:20 p.m.—Blume Drive—An arrest was made as a result of this call.