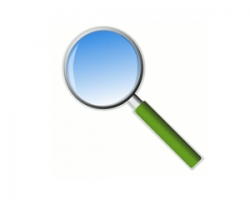 The crime occurred on the 100 block of Marina Drive, near the Long Beach-Seal Beach border.

The victims survived the shooting because, while they were shot, their injuries were not life-threatening.

“The incident is being investigated as gang-related, and no arrests have been made yet but the investigation is ongoing,” said Lisa Massacani, a public information officer for the LBPD.

A man and woman were shot during the early hours of Sunday morning, Oct. 2. Police responded to the shooting at 1:08 a.m.

According to Massacani, the victims—both 31 years old—were attending an event at an unspecified business in the area when a suspect fired from the parking lot at the male victim.

According to the Seal Beach Police Department log, the night of the shooting the Long Beach agency sent a message describing possible shooting suspects as three or four Asian men in a lowered black Lexus.

Vandalism Report—8:32 a.m.—Apollo Court—Someone damaged the lids on dumpsters sometime over the weekend. The caller reported an on-going problem with someone going through the trash at night. Counseled.

Disturbance—8:11 p.m.—Pacific Coast Highway—The caller said a man who the caller described as a transient was harassing the caller and other customers at the location. The man followed the caller and asked the caller to roll down the window of the caller’s car. Police contacted a man matching the suspect’s description at the intersection.

Traffic Hazard—4:35 p.m.—Pacific Coast Highway and Balboa Drive—The caller reported a man drinking beer and stumbling near traffic. He was on the north side of Pacific Coast Highway, walking toward Main Street. Police unit 242 contacted a man who was wanted for three warrants for resisting an officer, public drunkenness and violating the Seal Beach Municipal Code.

DUI—4:59 p.m.—Westminster and Bolsa Chica—A man named Chad Morris, born Feb. 7, 1967, was arrested and booked for driving under the influence.

Suspicious—7:26 p.m.—First Street—The caller said two men were flying a small helicopter with a camera on it in front of the location an hour earlier. The caller thought their behavior was suspicious because of the camera on the helicopter. Log entry.

Trespassing Report—7:52 a.m.—Pacific Coast Highway—Someone pried open the fence over night and gained access to the construction equipment. There was no apparent damage or loss, but the caller wanted to make a trespassing report. Report taken.

Suspicious Person—6:47 a.m.—16th Street and Landing—The caller said a woman had been loitering in the area for the past 20 minutes, walking back and forth on the block and staggering. Police unit 141 contacted a woman matching the suspect’s description in the alley between 15th and 16th streets. A friend picked the woman up at about 6:59 p.m.

Hail By Citizen—11:17 a.m.—Ocean Avenue—A citizen  flagged down police unit 107 to report the theft of a bike. Loss: a green and black, 18-speed, 23-inch mountain bike that was taken over the last week. Report taken.

Theft and Drugs—12:17 p.m.— Lexington Drive—The caller’s rental property was vacant. She said she found her gate broken and someone has been stealing fruit. She also reported smelling marijuana when she last checked the house.

Disturbance, Noise—11:10 p.m.— Katella Avenue—The caller said three people in the alley behind the caller’s residence are being very loud. A patrol officer contacted a business owner who was talking on his cell phone. He was advised to speak in a lower volume or go inside. The businessman said he would comply.

Suspicious Person—8:28 p.m.— Walnut Street—A suspicious man was seen running down the street carrying an outside heater. The suspect was seen at the Oak Street intersection with another man and the two were in the back of a truck, possibly taking a bike. The first suspect was reported to have taken the bike out of the back of the red truck and was last seen headed north through Old Town on a white mountain bike that was taken out of the truck. Police contacted a man matching the suspect’s description and arrested him.

Attempted Theft—9:21 a.m.— Katella Avenue—The caller said two juveniles, both boys, tried to steal condoms from the business, but dropped them at the door when confronted by the caller. There was no loss and no prosecution desired. The two boys were advised not to return.

Disturbance, Loud Music—11:40 a.m.— Howard Avenue—The caller said that neighbors were being very loud and the caller wanted them to quiet down. Police contacted the residents. They quieted down and closed the windows.

Suspicious Circumstances—11:44 p.m.—Foster Road and Coleridge Drive—The caller reported a man walking northbound in the middle of the street while looking at his hands.

Burglary Report—9:06 a.m.—Silverwood Drive—The Orange County Sheriff’s Department blotter did not say if this was a residential or vehicle burglary.

Burglary Report—2:01 p.m.—Martha Ann Drive—The Sheriff’s Department blotter did not say if this was a residential or vehicle burglary.

Suspicious Person in Vehicle—8:58 a.m.—Martha Ann Drive and Druid Lane. Read—A deputy patrol checked for a white van with dark tinted windows cruising slowly on the street looking into driveways. The vehicle was reportedly unknown to the area.

The deputy found a driver dropping off men to pass out flyers on residents’ doorsteps.

Citizen Assist—5:04 p.m.—Foster Road—A citizen reported that someone rang his doorbell at midnight.

Prowler—11:25 p.m.—Mainway Drive—The caller heard her side gate open and saw a man standing in her yard. She heard the gate slam again, followed by the sound of footsteps running away. The caller said it was too dark to provide a description of the suspect.