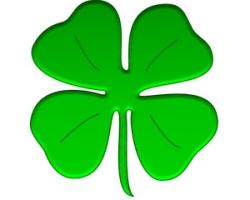 “There didn’t seem to be the crowds we’ve seen in years past,” Bowles said.

He said by 11 p.m., Thursday, March 17, there were no lines outside of the bars on Seal Beach Main Street, home of four Irish drinking and eating establishments.

Bowles said that was “unheard of” for Main Street on St. Patrick’s Day.

The SBPD had a strong presence on Main Street last week.

There were 12 motorcycle officers monitoring Pacific Coast Highway through the Sunset Beach area.

The Police Department had officers patrolling on foot from Sixth Street to 12th Street.

At the Monday, March 14 City Council meeting, Police Chief Jeff Kirkpatrick said there would be 20 extra officers working on St. Patrick’s Day. He said the city would not be paying for the extra police presence.

Bowles also said that the cost of the St. Patrick’s Day operation was paid for with grant monies from Orange County.

Counterfeit Money—5:14 p.m.—Seal Beach Boulevard—The caller said he believed he was in possession of a fake $100 bill. Report taken.

Trash Digging—1:37 p.m.—5th Street—The caller said a woman was digging through the trash cans in the alley way between 4th Street and 5th Street.

Vehicle Burglary—7:30 a.m.—Birchwood Avenue—Loss: tools taken from the vehicle sometime between midnight and the time of the call to police. Point of entry: possibly the back door lock, which looked like it might have been tampered with. Report taken.

Grand Theft Report—3:52 p.m.—Seal Beach Boulevard—Someone stole the rear seats from the caller’s vehicle within the 40 minutes prior to the call to police.

Counseling—4:45 p.m.—St. Andrews Drive, Mutual Unknown—The caller requested counseling regarding a dispute with a neighbor. Both parties were counseled.

Counseling—11:17 a.m.—Golden Rain Road, Mutual Unknown—The caller requested contact with a police officer about a possible scam. An individual she met online tried to get her to send her money. Counseled.

Drunk—11:37 p.m.—Los Alamitos Boulevard—The caller said an unspecified number of men who had been trying to start fights with customers were now running across the street. Police contacted the men and advised them to discontinue their behavior. They said they would comply.

Suspicious Occupied Vehicle—1:02 p.m.—Kearsarge Avenue—The caller said someone appeared to be sleeping in a black BMW on a neighbor’s property. The caller said that the residents were on vacation for the weekend. The cat was also outside and shouldn’t have been. The back door appeared to be open as well. The interior of the house checked OK. Police were unable to locate the BMW.

Suspicious Occupied Vehicle—4:34 p.m.—Bradbury Road—The caller said an older white Cadillac had been around the block about 10 times. The driver turned out to be visiting his girlfriend. He was driving around because he could not get reception at her residence.

Suspicious Person—9:47 p.m.—Bloomfield Street—The caller reported a possibly homeless man in the area. She described the man as a white male of unknown age wearing a red sweatshirt and tan pants. The caller was scared to walk to her car alone.

Disturbance—8:05 p.m.—Howard Avenue—The caller complained about a party in the back where the garages are. The partiers were advised about the complaint and turned off the music.

Vehicle Burglary—4:02 p.m.—Farquhar Avenue—Someone stole a seat from the caller’s Chevy within the last few days.

Drunk—2:31 a.m.—Los Alamitos Boulevard—According to the caller, a 23-year-old man was extremely intoxicated.

He was being loud and annoying, attempting to leave, going back and forth to his vehicle and back inside. He was picked up by his parents.