• Transient (Priority 3)—8:38 a.m.—Seal Beach Boulevard — A man wrapped in a gray sleeping bag near a trash can was asked to leave the parking lot of a church. It turned out the man was not homeless. He was meditating. He was a traveling Buddhist. He agreed to make sure to pick up after himself before heading out. No further law enforcement services were required.

• Transients (Priority 3)—12:29 p.m.—Seal Beach Boulevard (Leisure World) — The reporting person said that two male transients were yelling at each other. One transient took off on his bike. The other transient continued to yell at himself and stayed behind. He was apparently advised about his behavior by police.

• Traffic Hazard (Priority 2)—2:24 p.m.—Seal Beach Boulevard and Lampson Avenue — A woman standing on the center divider, holding a large cardboard sign, and begging for money, was advised by police to leave the area.

• Suspicious Person (Priority 2)—3:33 p.m. —Pacific Coast Highway – A possibly transient man was throwing trash all over the parking lot and was staring at the reporting person through their window. The suspicious person was counseled by police, got on a bus, and left.

• Unknown Trouble (Priority 1)—8:52 p.m. —Edinger Avenue –  The reporting person said that they could hear a woman screaming for help and for someone to let her go. It sounded to the reporting person that the woman was on a boat. A man standing with his dog nearby stated that they had not heard anything despite being in the same spot for fifteen minutes.

• Graffiti/Vandalism (Priority 3)—6:09 p.m. —Coastline Drive and Catalina Avenue (The Hill) –Four juveniles spray-painted a wall while walking northbound, the reporting person stated. The juveniles were apprehended, and then released into the custody of their parents. The same kids were suspected of spraying graffiti under the Seal Beach Pier as well.

• Transient (Priority 3)—9:50 a.m. —Seal Beach Boulevard– A man without clothes got into a small silver SUV along with a woman. The reporting person believed that the individual may have been a transient.  The individual in question later put on a black shirt and drove off. Police suspected a possible mental health episode.

• Burglary Report  (Priority 2)—12:05 p.m. —Primrose Circle  (College Park East) –  A woman arrived home and found her front door open. She reported to the police that she had been gone since Friday and that no one should be there. Police checked the inside of the home while the reporting person stayed outside and found nothing amiss.

• Reckless Driving (Priority 2)—3:27 p.m. —Seal Beach Boulevard and Pacific Coast Highway – A green Honda Pilot with a bicycle on its roof was reported to be speeding in and out lanes and running red lights. The reporting person lost sight of it.

• Possible Drunk Driver (Priority 2)—6:26 p.m. —Pacific Coast Highway/Seal Beach Boulevard – A white Ford Mustang was spotted swerving all over the road and almost hitting a person on a bike. The reporting person could not see the license plate number and lost track of the car.

• Unlawful Possession of Drug Paraphernalia (Priority 1)—7:52 a.m. —Pacific Coast Highway (Old Town) – The reporting person witnessed a male individual with a knife inside his truck cutting up his steering wheel. Noah Mark Lane, age 30, was arrested for unlawful possession of drug paraphernalia and his pickup truck was towed away.

• Transient (Priority 3)—9:03 a.m. —Ocean Avenue  (Old Town) – Two reporting persons said that an individual was carrying a glass of beer, drinking, and dancing at the end of the pier. He was also seen spitting, and stumbling into the street. Police were unable to locate him.

• Attempted Theft Report—(Priority 2)—11:15 a.m. —Seal Beach Boulevard – Police received a report of an attempt to steal steaks from the reporting person. Police arrested Nhi Ngoc Tran, 47, based on an outstanding warrant from another city and police arrested Khoa Huynh, 26, on suspicion of possession of unlawful drug paraphernalia.

• Welfare Check (Priority 2)—8:52 a.m. —Pacific Coast Highway – A female who had been screaming for over three hours was reported to the police. She was upset that she had urinated in her pants. She was advised about her behavior by police. 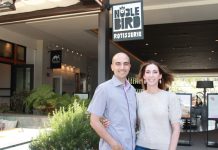