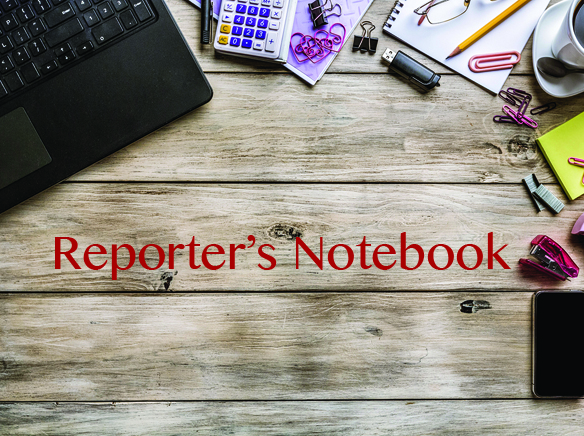 A reader advised the Sun that the temporary dog park at Zoeter Field had recently disappeared.

It turns out, that’s because the city is going to put in a permanent dog park.

“Signage was posted at the park notifying the public that the park was to be closed for maintenance beginning on Monday, September 19th,” Kelsey wrote in a Sept. 21 email.

This will be Seal Beach’s second dog park. The city’s other dog park, Arbor Park, is located on land that the city rents. It overlaps the Joint Forces Training Base and the Navy Golf Course.

The Seal Beach Recreation and Parks Commission discussed the creation of a second dog park in 2019. At the beginning of that meeting, Zoeter Field was the only location being considered. During the meeting, members of the public also suggested the beach Marina Park. However, in the end, Zoeter Field became the site of a temporary, pop-up dog park in September 2021. Funding for a new dog park was included in the city’s 2022-2023 budget.

The Environmental Quality Control Board meeting scheduled for Wednesday, Sept. 28, has been canceled, according to a Monday, Sept. 19, notice signed by Community Development Director Alexa Smittle. The notice was published on a bulletin board outside City Hall.

In a Sept. 21 email, Smittle explained that city officials were participating in the strategic planning session most of Tuesday, Sept.  20.  “We have had to adjust the meeting date, and are working with our EQCB members to reschedule and make sure we can have a quorum, and go from there,” Smittle wrote.

(The Sun will report on the strategic planning session in the near future.)

One of the items that will be rescheduled to a future environmental board meeting is the proposed development of a gas station at 1300 Pacific Coast Highway.

According a legal notice from the city that was published the previous Thursday had announced there would have been a Sept. 21 hearing on the proposal to demolish the existing gas station and build a new station that would include a mini-mart.

Roger Bennet, of council District Five, recently resigned from the Environmental Quality Control Board, according to a notice posted on a bulletin board outside City Hall on Aug. 25. (That’s perfectly legal.)

The vacancy has existed since Aug. 25, according to the notice.

According to the notice, the City Council cannot appoint replacement for at least 10 working days after the notice is published by the city clerk.

Expect the appointment of a new environmental board member to be on a council agenda in the near future.

District Three Board Member Ronald Blaul resigned from the tree board this summer.

The City Tree Advisory Board had an opening as of July 27, according to a notice posted on a bulletin board outside City Hall on Sept. 15.

The city will hold a Dump Day event from 9 a.m. to noon, Saturday, Sept. 24, at 1776 Adolfo Lopez Dr. Caltrans employees will be there to collect things that don’t fit in residential trash bins. No hazardous or electronic waste or tires will be accepted.